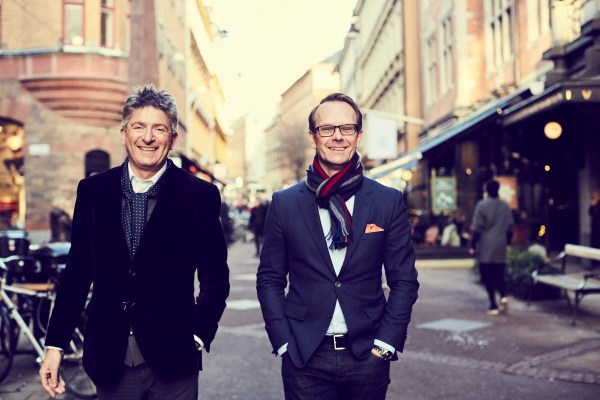 Oxx, a European venture capital firm co-founded by Richard Anton and Mikael Johnsson, this month announced the closing of its debut fund of $133 million to back “Europe’s most promising SaaS companies” at Series A and beyond.

Launched in 2017 and headquartered in London and Stockholm, Oxx pitches itself as one of only a few European funds focused solely on SaaS, and says it will invest broadly across software applications and infrastructure, highlighting five key themes: “data convergence & refinery,” “future of work,” “financial services infrastructure,” “user empowerment” and “sustainable business.”

However, its standout USP is that the firm says it wants to be a more patient form of capital than investors who have a rigid Silicon Valley SaaS mindset, which, it says, often places growth ahead of building long-lasting businesses.

I caught up with Oxx’s co-founders to dig deeper into their thinking, both with regards to the firm’s remit and investment thesis, and to learn more about the pair’s criticism of the prevailing venture capital model they say often pushes SaaS companies to prioritize “grow at all costs.”

TechCrunch: Oxx is described as a B2B software investor investing in SaaS companies across Europe from Series A and beyond. Can you be more specific regarding the size of check you write and the types of companies, geographies, technologies and business models you are focusing on?

Richard Anton: We will lead funding rounds anywhere in the range $5-20 million in SaaS companies. Some themes we’re especially excited about include data convergence and the refining and usage of data (think applications of machine learning, for example), the future of work, financial services infrastructure, end-user empowerment and sustainable business.

The biggest names in D&D are going independent on ‘Worlds Beyond Number’
Fairphone nabs $53M in growth capital for ‘sustainable’ consumer electronics
Samsung has the MacBook Pro in its sights with the $2,400 Galaxy Book 3 Ultra
The UK rolls back controversial plans to open up text and data mining regulations
Netflix crackdown, monetizing ChatGPT and bypassing FB’s 2FA