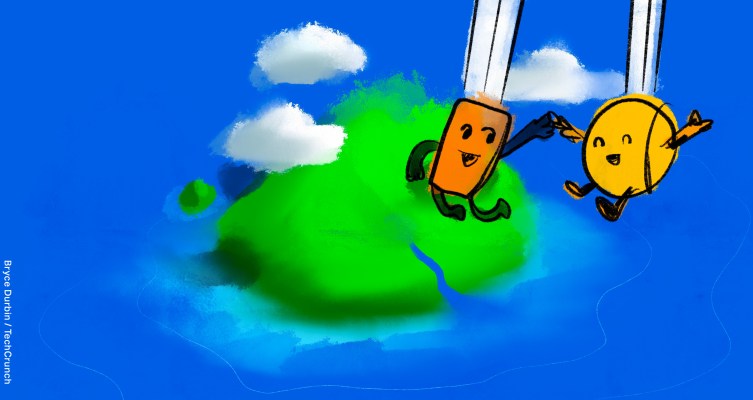 Following web forums, web platforms and mobile apps, we are entering a new stage of social media — the multiverse era — where the virtual worlds of games expand to become mainstream hubs for social interaction and entertainment. In a seven-part Extra Crunch series, we will explore why that is the case and which challenges and opportunities are making it happen.

In 10 years, we will have undergone a paradigm shift in social media and human-computer interaction, moving away from 2D apps centered on posting content toward shared feeds and an era where mixed reality (viewed with lightweight headsets) mixes virtual and physical worlds. But we’re not technologically or culturally ready for that future yet. The “metaverse” of science fiction is not arriving imminently.

Instead, the virtual worlds of multiplayer games — still accessed from phones, tablets, PCs and consoles — are our stepping stones during this next phase.

Understanding this gradual transition helps us reconcile the futuristic visions of many in tech with the reality of how most humans will participate in virtual worlds and how social media impacts society. This transition centers on the merging of gaming and social media and leads to a new model of virtual worlds that are directly connected with our physical world, instead of isolated from it.

Multiverse virtual worlds will come to function almost like new countries in our society, countries that exist in cyberspace rather than physical locations but have complex economic and political systems that interact with the physical world.

Throughout these posts, I make a distinction between the “physical,” “virtual,” and “real” worlds. Our physical world defines tangible existence like in-person interactions and geographic location. The virtual world is that of digital technology and cyberspace: websites, social media, games. The real world is defined by the norms of what we accept as normal and meaningful in society. Laws and finance aren’t physical, but they are universally accepted as concrete aspects of life. I’ll argue here that social media apps are virtual worlds we have accepted as real — unified with normal life rather than separate from it — and that multiverse virtual worlds will make the same crossover.

In fact, because they incentivize small group interactions and accomplishment of collaborative tasks rather than promotion of viral posts, multiverse virtual worlds will bring a healthier era for social media’s societal impact.

The popularity of massive multiplayer online (MMO) gaming is exploding at the same time that the technology to access persistent virtual worlds with high-quality graphics from nearly any device is hitting the market. The rise of Epic Games’ Fortnite since 2017 accelerated interest in MMO games from both consumers who don’t consider themselves gamers and from journalists and investors who hadn’t paid much attention to gaming before.

Right now, three-quarters of U.S.-based Facebook users interact with the site on a daily basis; Instagram (63%), Snapchat (61%), YouTube (51%) and Twitter (41%) have similarly penetrated the daily lives of Americans. By comparison, the percentage of people who play a game on any given day increased from just 8% in 2003 to 11% in 2016. Within the next few years, that number will multiply as the virtual worlds within games become more fulfilling social, entertainment and commercial platforms.

As I mentioned in my 2020 media predictions article, Facebook is readying itself for this future and VCs are funding numerous startups that are building toward it, like Klang Games, Darewise Entertainment and Singularity 6. Epic Games joins Roblox and Mojang (the company behind Minecraft) as among the best-positioned large gaming companies to seize this opportunity. Startups are already popping up to provide the middleware for virtual economies as they become larger and more complex, and a more intense wave of such startups will arrive over the next few years to provide that infrastructure as a service.

Over the next few years, there will be a trend: new open-world MMO games that emphasize social functionality that engages users, even if they don’t care much about the mission of the game itself. These new products will target casual gamers wanting to enter the world for merely a few minutes at a time since hardcore gamers are already well-served by game publishers.

Some of these more casual, socializing-oriented MMOs will gain widespread popularity, the economy within and around them will soar and the original gaming scenario that provided a focus on what to do will diminish as content created by users becomes the main attraction.

Let’s explore the forces that underpin this transition. Here are the seven articles in this series: