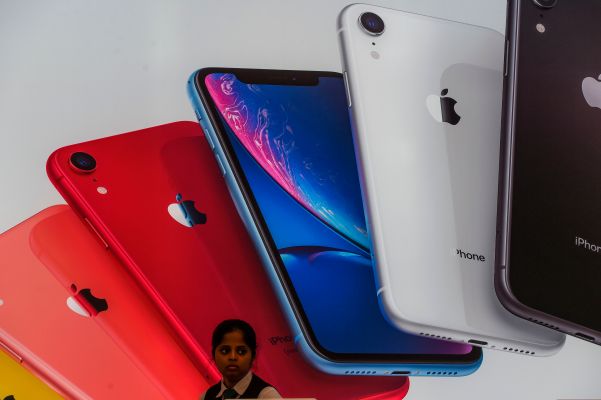 For a decade, Apple has solely relied on third-party sellers, stores, and marketplaces to sell its products in India. That will begin to change this year.

At the company’s annual shareholder meeting Wednesday, chief executive Tim Cook told investors that Apple will open its online store in India, the world’s second largest smartphone market, at some point this year, and set up its first flagship brick-and-mortar store next year.

“I’m a huge believer in the opportunity in India,” said Cook. “It’s a country with a vibrancy and demographics that are just unparalleled.”

TechCrunch reported last month that Apple was planning to open its online store in Q3 this year and was unlikely to be able to have its brick-and-mortar store ready in the country this year.

India, perhaps the last great growth market for American technology giants, has been a conundrum for Apple and several firms that sell premium items.

It’s a big market that continues to report growth, but most people in the country can’t afford Apple’s products. In fact, the vast majority of smartphones that ship in India carry a price tag of $150 or lower, according to research firm Counterpoint.

For Apple, the other challenge has been the heavy import duty that New Delhi levies on electronic items. This has made iPhone even more expensive for people in India as the company passes the additional cost to customers.

Apple has attempted to broaden its appeal in India by looking to reduce prices of its handset. For years, it urged the government to provide it with some tax benefits. When those talks did not materialize, Apple moved to do something that all the Chinese phone makers have done in India: Assemble smartphones locally.

New Delhi provides companies that assemble electronic items locally with several incentives. Two years into the process, Apple contractors Foxconn and Wistron are assembling a range of iPhone models in India, and that has lowered the prices for a number of models (except those in the current generation lineup.)

These moves have already proven useful for the company. Apple shipped close to 925,000 iPhone units in India in the quarter that ended in December, research firm Canalys estimated. That figure, up 200% year-over-year, was the iPhone-maker’s best year in the country to date, the research firm added.

Madhumita Chaudhary, an analyst with Canalys, said Apple’s decision to become more aggressive with pricing — partnering with banks to offer more incentives to customers — helped the company improve its position in a market with 99% Android smartphones.

Apple has also held discussions with content studios to bulk up its movies and TV shows offerings for the Indian audience. Two years ago, for instance, it was in late stages of talks to acquire the Indian business of Eros Now for $300 million — something which has not been previously reported — with option to expand its stake in the publicly listed global company, sources with direct knowledge of the matter told TechCrunch a few months ago.

But the deal did not materialize.

TechCrunch also reported last month that Cook may plan an India visit for the opening of the online store. Apple did not comment on that story.

India eased sourcing norms for single-brand retailers last year, which paved the way for companies like Apple to open online stores before they establish presence in the brick-and-mortar market.