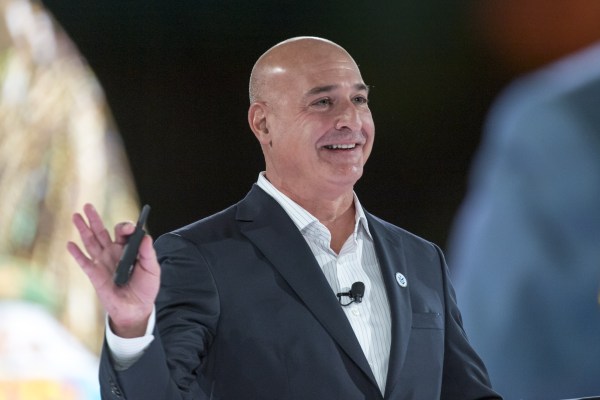 Salesforce today announced that Keith Block, the company’s co-CEO, is stepping down. This leaves company founder Marc Benioff as the sole CEO and chair of the CRM juggernaut. Block’s bio has already been wiped from Salesforce’s leadership page.

Block stepped into the co-CEO role in 2018, after a long career at the company that saw him become vice chairman, president and director before he took this position. Block spent the early years of his career at Oracle . He left there in 2012 after the release of a number of documents in which he criticized then-Oracle CEO Mark Hurd, who passed away last year.

Industry pundits saw his elevation to the co-CEO role as a sign that Block was next in line as the company’s sole CEO in the future (assuming Benioff would ever step down). After this short tenure as co-CEO, it doesn’t look like that will be the case, but for the time being, Block will stay on as an advisor to Benioff.

“It’s been my greatest honor to lead the team with Marc [Benioff] that has more than quadrupled Salesforce from $4 billion of revenue when I joined in 2013 to over $17 billion last year,” said Block in a canned statement that was surely not written by the Salesforce PR team. “We are now a global enterprise company, focused on industries, and have an ecosystem that is the envy of the industry, and I’m so grateful to our employees, customers, and partners. After a fantastic run I am ready for my next chapter and will stay close to the company as an advisor. Being side-by-side with Marc has been amazing and I’m forever grateful for our friendship and proud of the trajectory the company is on.”

In related news, the company also today announced that it has named former BT Group CEO Gavin Patterson as its president and CEO of Salesforce International.

Political ads face tougher targeting restrictions in EU if MEPs get their way
‘Black Panther: Wakanda Forever’ becomes the most-watched Marvel premiere on Disney+
Post Series-B, anti-fraud platform SEON acquires AML startup Complytron for a rumoured €2.5M
Zopa, the UK neobank, raises $93M more at a $1B+ valuation
Is your startup heading to MWC? TechCrunch wants to hear from you