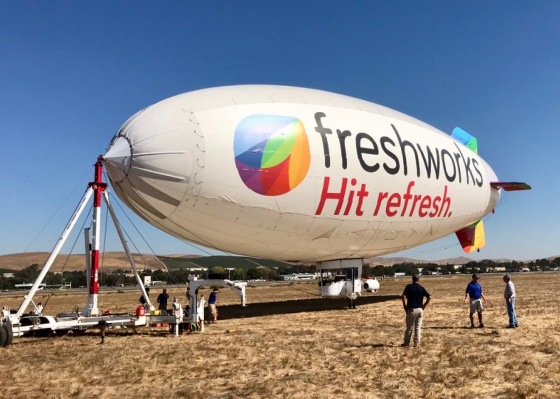 Customer engagement platform Freshworks today announced that it has acquired AnsweriQ, a startup that provides AI tools for self-service solutions and agent-assisted use cases where the ultimate goal is to quickly provide customers with answers and make agents more efficient.

The companies did not disclose the acquisition price. AnsweriQ last raised a funding round in 2017, when it received $5 million in a Series A round from Madrona Venture Group.

Freshworks founder and CEO Girish Mathrubootham tells me that he was introduced to the company through a friend, but that he had also previously come across AnsweriQ as a player in the customer service automation space for large clients in high-volume call centers.

“We really liked the team and the product and their ability to go up-market and win larger deals,” Mathrubootham said. “In terms of using the AI/ML customer service, the technology that they’ve built was perfectly complementary to everything else that we were building.”

He also noted the client base, which doesn’t overlap with Freshworks’, and the talent at AnsweriQ, including the leadership team, made this a no-brainer.

AnsweriQ, which has customers that use Freshworks and competing products, will continue to operate its existing products for the time being. Over time, Freshworks, of course, hopes to convert many of these users into Freshworks users as well. The company also plans to integrate AnsweriQ’s technology into its Freddy AI engine. The exact branding for these new capabilities remains unclear, but Mathrubootham suggested FreshiQ as an option.

As for the AnsweriQ leadership team, CEO Pradeep Rathinam will be joining Freshworks as chief customer officer.

He also noted that as a pure AI player, AnsweriQ had to deal with lots of complex data privacy and residency issues, so a more comprehensive platform like Freshworks made a lot of sense.

Freshworks has always been relatively acquisitive. Last year, the company acquired the customer success service Natero, for example. With the $150 million Series H round it announced last November, the company now also has the cash on hand to acquire even more customers. Freshworks is currently valued at about $3.5 billion and has 2,7000 employees in 13 offices. With the acquisition of AnsweriQ, it now also has a foothold in Seattle, which it plans to use to attract local talent to the company.

Google created an AI that can generate music from text descriptions, but won’t release it
Spotify cuts 6% of its workforce, impacting 600 people
Critical Role’s second campaign will get its own Amazon animated series
Mark Cuban’s bidet brand buys shower startup that wooed Tim Cook
Qiara is a new home security service for the French market