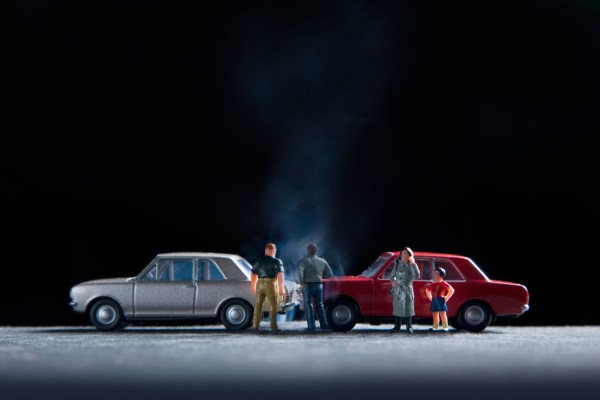 London-based insurtech AI startup Tractable, which is applying artificial intelligence to speed up accident and disaster recovery by using computer vision to perform visual damage appraisal instead of getting humans to do the job, has closed a $25 million Series C, led by Canadian investment fund Georgian Partners.

Existing investors also participated, including Insight Partners and Ignition Partners. The round nearly doubles the 2014-founded startup’s total funding, taking it to $55M raised to date.

When TechCrunch spoke to Tractable’s co-founder and CEO Alexandre Dalyac, back in 2018, he said the company’s aim is to speed up insurance-related response times around events like car accidents and natural disasters by as much as 10x.

Two years on the startup isn’t breaking out any hard metrics — but says its product is used by a number of multinational insurance firms, including Ageas in the UK, France’s Covéa, Japan’s Tokio Marine and Polish insurer Talanx-Warta — to analyse vehicle damage “effectively and efficiently”.

It also says the technology has been involved in accelerating insurance-related assessments for “hundreds of thousands of people worldwide”.

Tractable’s pitch is that AI appraisals of damage to vehicles/property can take place via its platform “in minutes”, thereby allowing for repairs to begin sooner and people’s livelihoods to be restored more quickly.

Though of course if the AI algorithm denies a person’s claim the opposite would happen.

The startup said its new funding will go on expanding its market footprint. It has customers across nine markets, globally, at this point. And in addition to its first offices in the UK and US recently opened a permanent office in Japan — with the stated aim of serving new clients in the Asia region.

It also said the Series C will be used for continued product development by further enhancing its AI.

Its current product line up includes AI for assessing damage to vehicles and another focused on the appraisal of damage caused by natural disasters, such as to buildings by hurricanes.

“Our AI solutions capture and process photos and damage and predict repair costs — at scale,” Tractable claims on its website, noting its proprietary algorithms can be fed by “satellite, drone or smartphone imagery”.

Commenting on the funding in a statement Lonne Jaffe, MD at Insight Partners and also Tractable board director, said: “Tractable has achieved tremendous scale in the past year with a customer base across nine countries, a differentiated data asset, and the expansion of their team to over 100 employees across London, New York, and now Tokyo. We are excited to continue to invest in Tractable as the team brings its powerful AI technology to many more countries.”

Emily Walsh, principal at Georgian Partners, added that the startup’s “sophisticated approach to computer vision applied to accident recovery is resonating with the largest players globally, who are using the platform to make real-time, data-driven decisions while dramatically improving the customer experience”.

“We’re incredibly excited to partner with the Tractable team to help them move even faster on bringing the next wave of technological innovation to accident and disaster recovery across the world,” she added.

It’s worth noting that in the EU citizens have a right, under data protection law, to (human) review of algorithmic decisions if they a legal or similarly significant impact — and insurance would likely fall into that category.

EU policymakers also recently laid out a proposal to regulate certain “high risk” AI systems and said they intend to expand the bloc’s consumer protection rules by bringing in a testing and certification program for the data-sets that feed algorithms powering AI-driven services to support product safety.

‘Nothing, Forever,’ an AI ‘Seinfeld’ spoof, is the next ‘Twitch Plays Pokémon’
EU’s top diplomat fires warning shot at Elon Musk over Twitter disinformation
TikTok introduces a strike system for violations, tests a feature to ‘refresh’ the For You feed
Addressable raises $7.5M to match crypto wallets to Twitter accounts. But how?
Amazon ramped up content spending to $16.6B in 2022, including $7B on originals