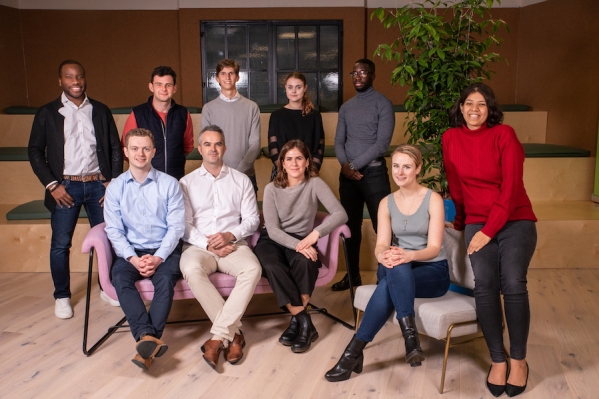 It seems like everyone wants student entrepreneurs. Entrepreneur First makes startups out of raw student material, for instance. Most countries want high-skilled students to stick around and make new companies. Only the UK likes to charge them a fortune for an education and then kick them out if they don’t earn enough. But I digress!

In its long march to gradually cover several aspects of the UK’s startup scene, Founders Factory has invested in Creator Fund, the student-led venture capital fund. It launches today in the UK but plans to spread abroad to unearth startup innovation within European universities. It will use a network of “student VCs” in university campuses to invest in new technology ventures and student founders.

The idea here is that students invest in their peers, offering an alternative route to growth for university-based startups.

So far it has people signed up in 13 UK universities and offers up to £30,000 investment per startup. Equity is determined on a “case-by-case” basis. Pretty paltry for the average startup, but a king’s ransom for the average student starting, I guess.

While Creator’s Fund thinks that “the best person to find and support the most promising student founders, is their classmate next to them in the laboratory or classroom” I have a feeling this might end up tying them in a few interesting knots that may end up in some conflicts of interest. We shall see.

The fund intends to make about seven investments over the next 12 months. The VC has already made an investment in Imperial College London-based, Refund Giant- a service that syncs with credit and debit cards to automatically issue fast, hands-free VAT refunds for travelers.

Jamie Macfarlane, founder and CEO, said in a statement: “In the US, many of the great tech companies were born on college campuses – Facebook, Google, Snapchat & Yahoo were all started by student founders. The UK has some of the world’s best universities and the same potential for students founders to be creating great businesses. For those high potential students to pursue this path, they need better access to three things – capital, business support and community. We, at Creator Fund, are delivering a new VC model specifically focussed on delivering this. We’re training students at top universities to find and invest in deals with their peers and give them the early-stage support they need. And creating a community where they look around and see other people taking this entrepreneurial path.”

Henry Lane Fox, Co-founder and CEO of Founders Factory, added, “What Creator Fund is doing is very special. They are challenging the VC landscape and we are excited to be part of it. It is giving highly-educated students the skills to be the investors of the future and uncover the founders of tomorrow.”

Creator Fund launches with a mix of students from a wide range of backgrounds. Current members of the team include Richa Bajpai from India who has previously built a global CSR company that raised over £20m and Toyosi Ogedengbe from Nigeria who has built a platform to help investors deploy capital in West Africa.

Nothing’s second phone will take on the US this year
As the bee population declines, this startup secures $8M to apply AI and EVs to pollination
OnePlus teases tablet, mechanical keyboard
AI-generated ‘Seinfeld’ suspended on Twitch for AI-generated transphobic jokes
‘Black Panther: Wakanda Forever’ gets its streaming debut on Disney+