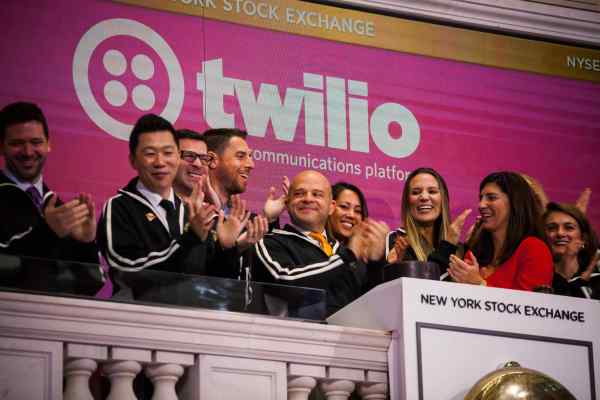 Twilio is best known for its communications API, which allows developers to add messaging, voice or video to their apps with just a small slice of code. The company’s tools are used by customers like Lyft, Airbnb, Salesforce, Box and Duke University.

The former startup went public in 2016 at $15 a share. Yesterday Twilio’s stock closed at $113.90, giving the company a market cap of about $15.6 billion (after a horrendous week on Wall Street). It’s easy to look at its value (among other measures) and declare Twilio a successful public company. But just like every former startup out there, its ascent wasn’t always so certain.

Founded in 2008, Twilio was once a tentative early-stage company feeling its way forward in the market with an unproven product and more future potential than actual results. Recently, the company’s CEO Jeff Lawson shared a Twilio board deck from March 2010.

Naturally, we read through it — how could we not? — but we also decided to analyze it for you, pulling out what we learned and using the snapshot of Twilio’s history to illustrate how far the company has come in the last decade.

The presentation’s original time stamp lands after Twilio’s Series A and just before its Series B, allowing us to see a company molting from a hatchling to something more sturdy that could stand on its own two feet. The company raised $12 million six months after the deck was presented.

To get everyone on the same page, we’ll start with a little history, and then get into the deck itself. Let’s go!

Where Twilio came from

OnePlus launches Buds Pro 2 with improved sound and noise cancelation at $179
Breef raises $16M to match brands with marketing agencies
Netflix to include more EVs in its TV shows and movies as part of new partnership with GM
As the bee population declines, this startup secures $8M to apply AI and EVs to pollination
Needles to say, Ghostline drags tattoo stencil making ‘inkto’ the current millennium