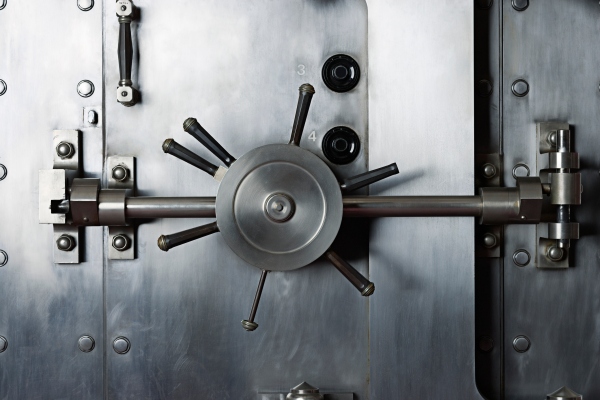 The world of consumer banking has seen a massive shift in the last ten years. Gone are the days where you could open an account, take out a loan, or discuss changing the terms of your banking only by visiting a physical branch. Now, you can do all this and more with a few quick taps on your phone screen — a shift that has accelerated with customers expecting and demanding even faster and more responsive banking services.

As one mark of that switch, today a startup called Thought Machine, which has built cloud-based technology that powers this new generation of services on behalf of both old and new banks, is announcing some significant funding — $83 million — a Series B that the company plans to use to continue investing in its platform and growing its customer base.

To date, Thought Machine’s customers are primarily in Europe and Asia — they include large, legacy outfits like Standard Chartered, Lloyds Banking Group, and Sweden’s SEB through to “challenger” (AKA neo-) banks like Atom Bank. Some of this financing will go towards boosting the startup’s activities in the US, including opening an office in the country later this year and moving ahead with commercial deals.

The funding is being led by Draper Esprit, with participation also from existing investors Lloyds Banking Group, IQ Capital, Backed and Playfair.

Thought Machine, which started in 2014 and now employs 300, is not disclosing its valuation but Paul Taylor, the CEO and founder, noted that the market cap is currently “increasing healthily.” In its last round, according to PitchBook estimates, the company was valued at around $143 million, which at this stage of funding puts this latest round potentially in the range of between $220 million and $320 million.

Thought Machine is not yet profitable, mainly because it is in growth mode, said Taylor. Of note, the startup has been through one major bankruptcy restructuring, although it appears that this was mainly for organisational purposes: all assets, employees and customers from one business controlled by Taylor were acquired by another.

Thought Machine’s primary product and technology is called VaultOS, a platform that contains a range of banking services — they include current/checking accounts; savings accounts; loans; credit cards and mortgages — that Thought Machine does not sell directly to consumers, but sells by way of a B2B2C model.

The services are provisioned by way of smart contracts, which allows Thought Machine and its banking customers to personalise, vary and segment the terms for each bank — and potentially for each customer of the bank.

It’s a little odd to think that there is an active market for banking services that are not built and owned by the banks themselves. After all, aren’t these the core of what banks are supposed to do?

But one way to think about it is in the context of eating out. Restaurants’ kitchens will often make in-house what they sell and serve. But in some cases, when it makes sense, even the best places will buy in (and subsequently sell) food that was crafted elsewhere. For example, a restaurant will re-sell cheese or charcuterie, and the wine is likely to come from somewhere else, too.

“There are all sorts of banks, and they are all trying to find niches,” said Taylor. Indeed, the startup is not the only one chasing that business. Others include Mambu, Temenos and Italy’s Edera.

In the case of the legacy banks that work with the startup, the idea is that these behemoths can migrate into the next generation of consumer banking services and banking infrastructure by cherry-picking services from the VaultOS platform.

“Banks have not kept up and are marooned on their own tech, and as each year goes by, it comes more problematic,” noted Taylor.

In the case of neobanks, Thought Machine’s pitch is that it has already built the rails to run a banking service, so a startup — “new challengers like Monzo and Revolut that are creating quite a lot of disruption in the market” (and are growing very quickly as a result) — can integrate into these to get off the ground more quickly and handle scaling with less complexity (and lower costs).

Taylor was new to fintech when he founded Thought Machine, but he has a notable track record in the world of tech that you could argue played a big role in his subsequent foray into banking.

Formerly an academic specialising in linguistics and engineering, his first startup, Rhetorical Systems, commercialised some of his early speech-to-text research and was later sold to Nuance in 2004.

His second entrepreneurial effort, Phonetic Arts, was another speech startup, aimed at tech that could be used in gaming interactions. In 2010, Google approached the startup to see if it wanted to work on a new speech-to-text service it was building. It ended up acquiring Phonetic Arts, and Taylor took on the role of building and launching Google Now, with that voice tech eventually making its way to Google Maps, accessibility services, the Google Assistant and other places where you speech-based interaction makes an appearance in Google products.

While he was working for years in the field, the step changes that really accelerated voice recognition and speech technology, Taylor said, were the rapid increases in computing power and data networks that “took us over the edge” in terms of what a machine could do, specifically in the cloud.

And those are the same forces, in fact, that led to consumers being able to run our banking services from smartphone apps, and for us to want and expect more personalised services overall. Taylor’s move into building and offering a platform-based service to address the need for multiple third-party banking services follows from that, and also is the natural heir to the platform model you could argue Google and other tech companies have perfected over the years.

Draper Esprit has to date built up a strong portfolio of fintech startups that includes Revolut, N26, TransferWise and Freetrade. Thought Machine’s platform approach is an obvious complement to that list. (Taylor did not disclose if any of those companies are already customers of Thought Machine’s, but if they are not, this investment could be a good way of building inroads.)

“We are delighted to be partnering with Thought Machine in this phase of their growth,” said Vinoth Jayakumar, Investment Director, Draper Esprit, in a statement. “Our investments in Revolut and N26 demonstrate how banking is undergoing a once in a generation transformation in the technology it uses and the benefit it confers to the customers of the bank. We continue to invest in our thesis of the technology layer that forms the backbone of banking. Thought Machine stands out by way of the strength of its engineering capability, and is unique in being the only company in the banking technology space that has developed a platform capable of hosting and migrating international Tier 1 banks. This allows innovative banks to expand beyond digital retail propositions to being able to run every function and type of financial transaction in the cloud.”

“We first backed Thought Machine at seed stage in 2016 and have seen it grow from a startup to a 300-person strong global scaleup with a global customer base and potential to become one of the most valuable European fintech companies,” said Max Bautin, Founding Partner of IQ Capital, in a statement. “I am delighted to continue to support Paul and the team on this journey, with an additional £15 million investment from our £100 million Growth Fund, aimed at our venture portfolio outperformers.”