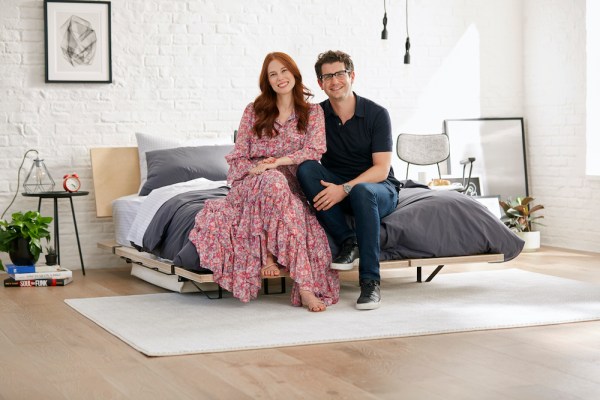 Brooklinen, a startup that sells bedding and other home goods online, has raised $50 million in new funding from growth equity firm Summit Partners.

Co-founder and CEO Rich Fulop said his company is “a little bit different.” It’s a crucial difference, though: Brooklinen is profitable.

In fact, Fulop said that the startup has been profitable for three of the last five years. When Brooklinen first launched in 2014, it had to be profitable, because investors were skeptical about the idea, leaving Rich and Viki Fulop (they’re husband-and-wife co-founders) to bootstrap the company until raising $10 million from FirstMark Capital in 2017.

Even then, Fulop told me he was “kind of uncomfortable” spending more money than he was taking in, so Brooklinen returned to profitability in 2019. At the same time, he said topline revenue grew 40 percent last year.

For example, he said that the company lowered its customer acquisition costs by taking “a hard look” at its different marketing channels and cutting back on the ones that “weren’t carrying their weight.” It also “invested in site analytics and A/B testing platforms,” while launching new products like robes, shower curtains and bath rugs.

Fulop said the company’s focus has now expanded beyond sleep and bedding, allowing it offer a range of goods around comfort at home.

“We talk religiously to our customers,” he added — and apparently, surveys showed that Brooklinen customers were interested in buying comfortable loungewear from the company.

The startup also opened its first permanent store in Brooklyn earlier this year, selling both Brooklinen products and goods from other brands through the company’s Spaces marketplace. Fulop said the store is already profitable on “a four-wall basis” (it’s profitable if you don’t include the initial start up costs), and one of the plans for the new funding is to open many more brick-and-mortar locations.

He also said that Brooklinen’s business is almost entirely U.S.-based currently, so he plans to expand internationally.

“Brooklinen’s profitability, customer repeat rate, and consistently smart and deliberate growth decisions make them a rare brand to partner with,” said Summit Partners Managing Director Chris Dean in a statement. “Many brands focus on a growth-at-all-costs model that we believe isn’t sustainable for longevity; we are thrilled to find a like-minded partner and to work together on the next stage of growth for Brooklinen.”