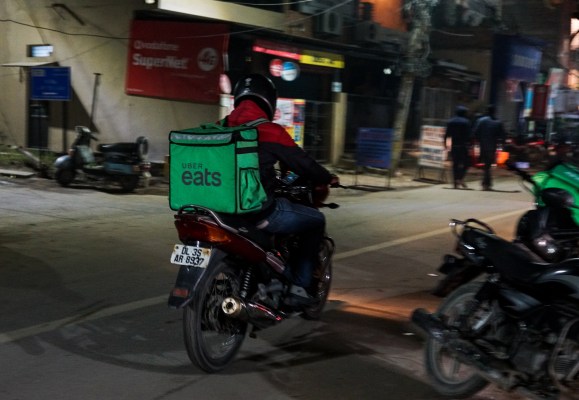 Uber sold its food delivery business in India to the local rival Zomato for $206 million, the American ride-hailing company disclosed in a regulatory filing in one of its key overseas markets.

In January, Uber announced that it had sold the India business of Uber Eats to Zomato for a 9.99% stake in the loss-making Indian food delivery startup. The two companies had not disclosed the financial terms of the deal, which some Indian news outlets slated to be of $350 million in size. TechCrunch had reported that Uber Eats’ India business was valued at about $180 million.

In the filing, Uber said the “fair value of the consideration” it received for Uber Eats’ India business from Zomato was $206 million, which included $35 million of “reimbursement of goods and services tax receivable from Zomato.”

The deal underscores a significant cut in 11-year-old Indian firm’s valuation, which was reported to be worth $3 billion when it disclosed a $150 million fresh investment earlier this year.

In an interview with Indian news agency PTI in December, Zomato co-founder and chief executive Deepinder Goyal said the company was in the process to raise as much as $600 million by end of January. The company has yet to secure rest of the capital. A Zomato spokesperson declined to comment.

The exit of Uber Eats from India has made the local food delivery market a duopoly between Zomato and Prosus Ventures-backed Swiggy, which raised $113 million in an ongoing round last month. According to industry estimates, Swiggy is the top food delivery business in India.

Both the startups are struggling to find a path to profitability in India, however, as they continue to dish out more than $15 million each month to win new customers and keep the existing ones happy.

Finding a path to profitability is especially challenging in India as unlike in the developed markets such as the U.S., where the value of each delivery item is about $33; in India, a similar item carries the price tag of $4, according to estimates by Bangalore-based research firm RedSeer.

Anand Lunia, a VC at India Quotient, said in a recent podcast that the food delivery firms have little choice but to keep subsidizing the cost of food items on their platform as otherwise most of their customers can’t afford them.

If that wasn’t tough enough, the two startups are staring at a new competitor. TechCrunch reported last week that Amazon plans to enter India’s food delivery business by as soon as end of March.