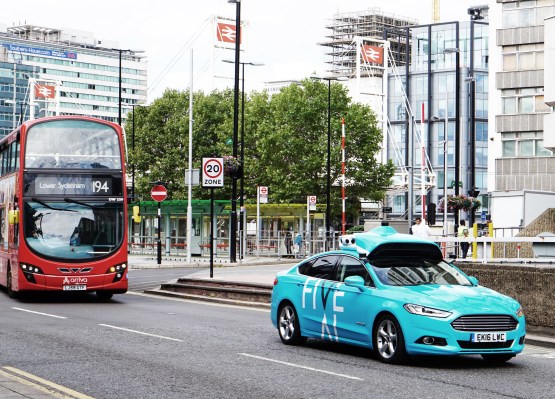 We are still years away from a time when fully-autonomous cars will be able to drive us from A to B, and the complexity of getting to that point is likely going to need hundreds of billions of dollars of investment before it becomes a reality.

That hard truth is leading to some shifts in the self-driving startup landscape. England’s Five (formerly known as FiveAI), one of the more ambitious companies in the space, is moving away from its original plan, of designing its own fully self-driving cars, and then running fleets of them in its own transportation service. Instead, it now plans to license its technology — starting with software to help test and measure the accuracy of a vehicle’s driving systems — that it has created to others building autonomous cars as well as the wider service ecosystem that will exist around that. As part of that pivot, today it’s also announcing a fresh $41 million in funding.

“A year and a bit ago we thought we would probably build the entire thing and take it to market as a whole system,” said co-founder and CEO Stan Boland in an interview. “But we gradually realised just how deep and complex that would be. It was probably through 2019 that we realised that the right thing to do is to focus in on the key pieces.”

The funding, a Series B, includes backing from Trustbridge Partners, insurance giant Direct Line Group and Sistema VC, as well as previous investors Lakestar, Amadeus Capital Partners, Kindred Capital and Notion Capital. The company has now raised $77 million and while it’s not disclosing its valuation, Boland said that it was definitely up on its last round. (Its Series A, in 2017, was for $35 million, and it didn’t disclose valuation then, either.)

Five’s change in course is a significant development. The high-profile startup, founded by a team that had previously built and sold several chip companies to the likes of Broadcom, Nvidia and Huawei, had been the leading partner for a big government-backed pilot project, StreetWise, to test and work on autonomous driving systems across boroughs in London. The most recent phase of that project, running driver-assisted rides along a 19-km route across south London, got off the ground only last October after initially getting announced in 2018.

Five might continue to work on research projects like these, Boland said, but the primary business aim for the company will no longer be ultimately to build cars for themselves, but to work on tech that will be sold either to other carmakers, or those building services catering to the autonomous industry.

For example, Direct Line, one of Five’s new investors and also a participant in the StreetWise project, could use testing and measurement to determine risk and pricing for insurance packages for different vehicles.

“Autonomous and assisted driving technology is going to play a huge role in the future of cars,” said Gus Park, MD of Motor Insurance at Direct Line Group, in a statement. “We have worked closely with Five on the StreetWise project, and we share a common interest in solving the formidable challenges that will need to be addressed in bringing safe self-driving to market. Insurers will need to build the capability to measure and underwrite new types of risk. We will be collaborating with Five’s world-class team of scientists, mathematicians and engineers to gain the insight needed to build safe, insurable solutions and bring the motoring revolution ever closer.” Park is also joining Five’s board with this round.

There were already a number of big players in the self-driving space when FiveAI launched — they included the likes of Waymo, Cruise, Uber, Argo AI and many more — and you could have argued that the writing was already on the wall then for long-term consolidation in the industry. Indeed, there have been some significant casualties in the meantime, including Drive.AI (which Apple acquired after it ran out of money), Oryx Vision and Quanergy.

Five’s argument for why a UK — and indeed, European — startup was in a good place to build and operate self-driving cars, and the tech underpinning it, was because of the complexity behind building localised systems: a big US or Asian company might be able to map the streets in Europe, but it wouldn’t have as good of a feel for how people behaved on those roads. Added to that, Five firmly believed the economics of building and operating these cars would prove to be too high for wide-scale private ownership. Hence, the strategy (one adopted by many in the autonomous space) of building the technology for fleets, where transportation businesses, not individuals, would own the cars and recoup their investments by charging private individuals for rides.

Yet while it may have been easy to see the potential, the process of getting to that point proved to be too challenging.

“What’s happened in the last couple of years is that there has been an appreciation across the industry of just how wide and deep the challenges are for bringing self driving to market,” Boland said. “Many pieces of the jigsaw have to be assembled…. The B2C model needs billions [of investment], but others are finding their niche as great providers of technology needed to deliver the systems properly.”

As FiveAI (named after the “Level 5” that self-driving systems attain when they are truly autonomous), the company built (hacked) vehicles with dozens of sensors and through its tests managed to build a significant trove of vehicle technology.

“We could offer tech in a dozen different areas that are hard for autonomous driving companies,” Boland said. Its testing and measuring tools point to one of the toughest challenges among these: how to assure that the deep learning software a company is using is correctly identifying objects, people, weather, and other physical factors when it may have never seen them before.

“We have learned a lot about the types of errors that propagate from perception into planning… and now we can use that for providing absolute confidence” to those testing the systems, he said.

Self-driving cars are one of the biggest AI challenges of our time: not only is the requirement to essentially build from the ground up computer systems that behave as well as (or ideally better) than multitasking humans behind the wheel; but the consequence of doing that wrong is not just a strange string of words, or some other kind of non sequitur, but injury or death. No surprise that there appears still a very long way to go before we see anything like Level 5 systems in action, but in the meantime, investors are willing to continue placing their bets. Partly because of how advanced it got with its car project on relatively little funding, Five remains an interesting company to investors, and Boland hopes that this will help it with its next round down the road.

“We invest in category-leading companies that are delivering transformational change wherever they’re located,” said David Lin of Trustbridge Partners in a statement. “As Europe’s leading self-driving startup, Five is the furthest ahead in developing a clear understanding of the scientific challenges and novel solutions that move the needle for the whole industry. Five has successfully applied Europe’s outstanding science and engineering base to create a world-class team with the energy and ambition to deliver safe self-driving. We are delighted to join them for this next phase of growth.”

Neko, Daniel Ek’s next play, is another spin on preventative healthcare
The biggest names in D&D are going independent on ‘Worlds Beyond Number’
Tech Nation looks for new home as UK gov hands tech ecosystem contract to Barclays
As the bee population declines, this startup secures $8M to apply AI and EVs to pollination
Apple execs on M2 chips, winning gamers and when to buy a Mac