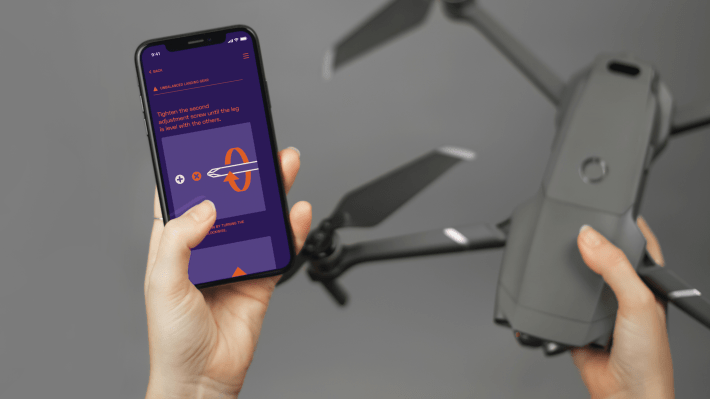 Mavenoid, a startup founded in Stockholm that helps companies scale tech-focused product support via an AI-powered chatbot, has raised $8 million in Series A funding. The round is led by Mosaic Ventures, alongside Creandum and Point Nine Capital.

The company says the new capital will be used to invest further in product development and to fuel international expansion, including tripling the size of the team size over the next 12 months. It recently signed up a number of Fortune 500 companies, including HP and ABB.

Founded in 2017 by two former Palantir employees — CEO Shahan Lilja and CTO Gintautas Miliauskas — Mavenoid has set out to make product support scalable and improve its overall quality. To do this, it is applying machine-learning and a chatbot style UI to on-board customers after they have made a purchase and to deliver on-going automated tech support. The idea is to empower customers to solve problems for themselves so that only the more edge cases need to be re-directed to human customer support teams.

More generally, Mavenoid was born out of the realisation that “65% of technical support teams’ time is spent on a single activity: repetitive troubleshooting,” co-founder Lilja tells me. “It may look complex on the surface but it’s largely the same few technical issues being solved over and over again. Yet most technology companies escalate all but the most trivial customer requests to a human support agent or field service technician”.

It’s a decent sized problem to solve, too. Citing data from IBM, Lilja says that $1.3 trillion is spent every year on 256 billion support calls. Yet 50% go unresolved. Meanwhile, a report by Accenture says $1.6 trillion is lost by companies each year due to poor customer support.

“Automating repetitive troubleshooting (a hard and overlooked AI problem) is important because that’s what most of the time and money in customer support is spent on,” Lilja adds.

Unlike generic chatbots, Mavenoid claims to be able to handle the entire span of support requests: “from installation and usage to complicated troubleshooting”. It is currently being used for consumer electronics and home appliances, as well as industrial machinery.

“Our solution automates all types of technical support for any product with a chatbot,” explains Lilja. “Not just troubleshooting but setting up, configuring, using, maintaining, and other guidance that helps you get more out of the product. Companies get lower support volumes, lower cost per contact, and happier customers. Customers replace long waits with instant self-service that doesn’t suck”.

On-boarding a new customer requires building and training the chatbot, including specifying the basic flows of what an end user can do, and adding support for troubleshooting different products. Mavenoid then integrates with a company’s existing support channels (such as their website, app, email, text etc.) and CRM system (e.g. Zendesk or Salesforce).

“[Then] they sit back and watch solved tickets appear in the CRM system, or escalated tickets get routed to the right person… with highly relevant facts collected upfront,” says the Mavenoid CEO.

Meanwhile, the revenue model is straightforward enough. The startup charges a monthly or annual fee — “tech support as a service, if you will” — and a tiered subscription means different features and various amounts of dialogue and admin users are included within each tier.

Disney+ advertisers will soon get Hulu’s ad targeting capabilities
Angry Miao’s AM 65 Less is both more and less keyboard than you’ll ever need
Spotify cuts 6% of its workforce, impacting 600 people
Netflix’s ‘All Quiet on the Western Front’ is among the most nominated Oscar films
Elon Musk’s Twitter hit with holocaust denial hate speech lawsuit in Germany