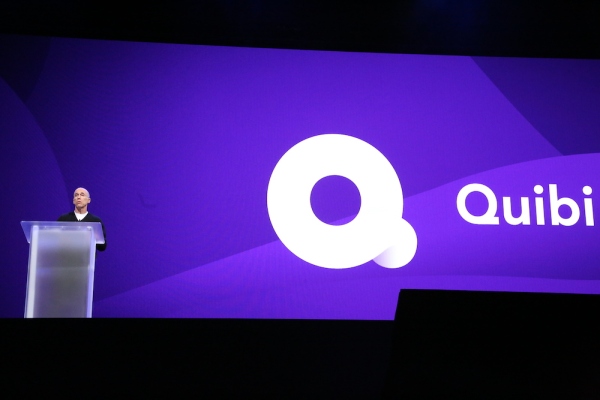 With just over one month to go until its official launch date, the short-form, subscription streaming service Quibi has closed on $750 million in new financing, according to a report in The Wall Street Journal.

The company declined to disclose exactly who invested in the new round (which is always a great sign) and didn’t comment on how the new investment would effect the company’s valuation.

Chief Executive Officer Meg Whitman told the Journal that the new financing was made to ensure that the company would have the financial flexibility and runway to build a long-term business, but it’s likely that companies as diverse as Brandless and WeWork said the same thing about their goals when raising capital, as well.

According to the story in the WSJ, the company’s new investment contains both existing investors, like the Alibaba Group and Hollywood Studios, along with WndrCo, the investment firm and holding company launched by Quibi’s co-founder and Hollywood mogul Jeffrey Katzenberg.

While the company touts its original approach to storytelling, and its list of marquee talent developing series for the app, the emphasis on short-form has been tried before by other companies (notably TechCrunch’s own parent company)… and the results were less than promising.

The idea that people need to consume short-form stories instead of … maybe just hitting the pause button… is interesting as an experiment to see what kinds of narratives or reality show-style entertainment needs to live behind a paywall rather than on YouTube or TikTok.

Perhaps Quibi will win with its slate of reality and narrative shows (which, to be honest, look pretty fun). The big names that Katzenberg and co-founder Meg Whitman promised are certainly on offer in the roster that is helpfully synopsized in a recent Entertainment Weekly article about the company’s programming.

Quibi, unlike some of the streaming services that it’s going to compete with, doesn’t have a back catalog of titles to tap to pad out the service, so it’s coming to market with a whopping 175 shows in its first year with 8,500 episodes, which run no longer than 10 minutes.

When it launches, there will be 50 shows on offer from the service. A lot depends on the reception of those shows. While many of the titles seem compelling, there are only a couple that seem to have the appeal to break through to the audience that Quibi hopes it can reach, and that will be willing to shell out money for its subscriptions.

The service is also hoping to differentiate itself by dropping new episodes daily — rather than weekly releases common on network television or the season-long binges that Netflix encourages.

The app itself seems to be fairly undifferentiated from the services available from other streamers. As we wrote when the company launched pre-orders for its app in February:

Much has been made about Quibi’s potential to reimagine TV by taking advantage of mobile technology in new ways, but the app itself looks much like any other streaming service, save for its last app store screenshot showing off its TurnStyle technology.

The app appears to favor a dark theme common to streaming apps, like Netflix and Prime Video, with just four main navigation buttons at the bottom.

The first is a personalized For You page, where you’re presented a feed where you’ll discover new things Quibi thinks you’ll like.

A Search tab will point you toward trending shows and it will allow you to search by show titles, genre or even mood.

The Following tab helps you keep track of your favorite shows and a Downloads tab keeps track of those you’ve made available for offline viewing.

Otherwise, Quibi’s interface is fairly simple. Shows are displayed with big images that you flip through either vertically on your home feed or both horizontally and vertically as you move through the Browse section.

The company does promote its TurnStyle viewing technology in its app store description, though it doesn’t reference the technology by name. Instead, it describes it as a viewing experience that puts you in full control. “No matter how you hold your phone, everything is framed to fit your screen,” it says.

In vertical viewing mode, it also introduces controls that appear on either the left or right side the screen — you choose, based on whether you’re left or right-handed.

Quibi did not formally announce the app was open for pre-order.

The startup, founded by Jeffrey Katzenberg, is backed by more than a billion dollars — including a recently closed $400 million round.

Despite the doubt surrounding its success, Quibi managed to sell out of the initial $150 million in available advertising for the service’s first year.

Whether it’s as big of a hit with potential subscribers as with advertisers remains to be seen. The service could still become the Mike Bloomberg campaign of streaming media — a lot of money and no discernible result.