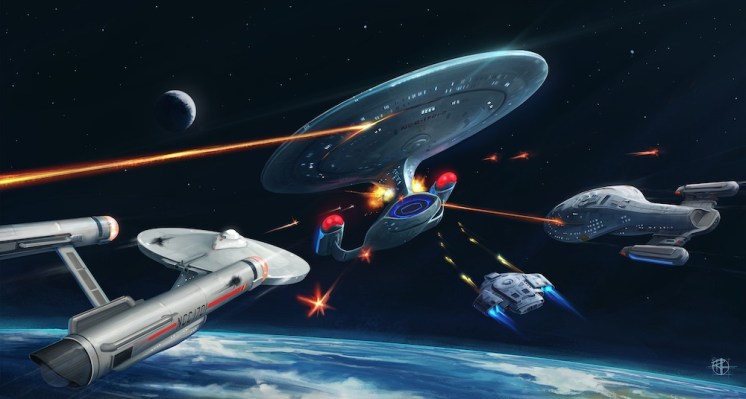 This follows Disruptor Beam‘s shuttering of its other titles, Game of Thrones Ascent and The Walking Dead: March to War. Moving forward, the company says it will be focused on its Disruptor Engine tools for mobile game development and operations.

Tilting Point, meanwhile, had previously acquired the game Languinis and the monetization startup Gondola, but President Samir El Agili told me that this is the first time the company has acquired both a game and the development team behind it. CEO Kevin Segalla described this as an extension of Tilting Point’s “progressive publishing” model, where the company first works with developers on user acquisition, then develops a deeper business relationship over time.

In fact, Timelines — which Tilting Point says has been downloaded 8 million times and earned over $100 million — was one of the first games supported by the company’s user acquisition fund. And through those efforts, the Tilting Point team came to believe that there’s still plenty of opportunity for growth.

“We spent a good amount of time over the past year-and-a-half to two years helping the team scale the game to success, helping them bring a user to the game using our ability to do user acquisition, as well as improving the game itself in terms of our operations,” El Agili said. “What we have seen over this time is that Star Trek Timelines is a very impressive game, its users are very sticky.”

He noted that Tilting Point is increasing the size of the team working on Timelines from nine at Disruptor Beam to 19 at Wicked Realm Games, which will be led by Disruptor Beam’s former CTO David Cham.

The studio, El Agili said, will be “100 percent integrated from a financial standpoint, but they’re still going to be very independent way in the way they operate.” And while Wicked Realm will be focused on Timelines for the near future, there are “more ideas that we can build with them.”

Segalla also said that as a result of the deal, Tilting Point is essentially becoming the first Disruptor Engine customer.

“Tilting Point has been a great partner to us and have proven that they care about the game and its community and there’s no one better to take Star Trek Timelines to the next level,” said Disruptor Beam CEO Jon Radoff in a statement. “We are also excited that Tilting Point will be one of our first live customers for our live-ops technology and that we will be continuing our working relationship.”

Danish startup Kanpla wants to help canteens cut food waste
European banks struggle with AI, while US banks lead the field, according to a new index
Disney+ advertisers will soon get Hulu’s ad targeting capabilities
Being the steady hand in market uncertainty with Sebastian Siemiatkowski from Klarna
Valiant Hearts mobile game sequel is set to launch on Netflix Games on Jan 31