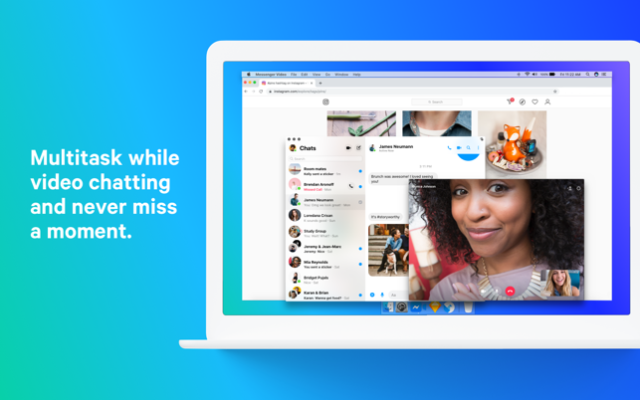 At Facebook’s 2019 F8 developer conference, the company announced plans to introduce desktop apps for its popular communications app Messenger. Now, less than a year later, the Messenger Mac App is beginning to roll out. Though not yet available in the U.S., Messenger for Mac has popped up in the Mac App Store in several non-U.S. markets.

We asked Facebook to confirm whether this signals a broader rollout that will include the U.S.

A company spokesperson responded that this is not yet a full launch.

“We’re conducting a small test of the Messenger app for macOS in a couple of markets,” the spokesperson said. “We don’t have a date when it will be available as we’re still gathering feedback from our users,” they added.

We’ve also seen Messenger arrive in a few other international markets, including Mexico, Poland and Australia, for example. (There may be more as well — we haven’t yet clicked through links on every global Mac App Store to confirm them one by one.)

The desktop version of Messenger offers a similar feature set to the mobile client, including support for voice and video chat, in addition to texting. Group chats, calls and video chats are available too. And like the mobile app, users can share files, react with emojis and enable a dark theme to cut down on glare.

The app is built using Electron, not Catalyst. While Electron is a popular way of building apps for the desktop from a web app, but not the most secure by any means.

The app’s arrival comes only days after Facebook introduced its slimmed down and faster Messenger app for iOS. The new mobile app does away with the Discover section to simplify the app’s interface and reorients the Messenger experience around people and Stories, not businesses and apps.

Facebook recently announced it has canceled this year’s F8 conference due to the coronavirus outbreak. That could mean we’ll see more news and launches from Facebook that it would have otherwise waited to reveal.