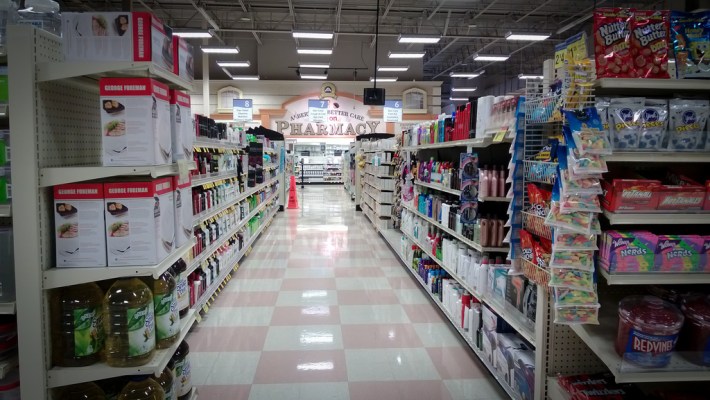 One of the more interesting and useful applications of artificial intelligence technology has been in the world of biotechnology and medicine, where now more than 220 startups (not to mention universities and bigger pharma companies) are using AI to accelerate drug discovery by using it to play out the many permutations resulting from drug and chemical combinations, DNA and other factors.

Now, a startup called Turing — which is part of the current cohort at Y Combinator due to present in the next Demo Day on March 22 — is taking a similar principle but applying it to the world of building (and ‘discovering’) new consumer packaged goods products.

Using machine learning to simulate different combinations of ingredients plus desired outcomes to figure out optimal formulations for different goods (hence the “Turing” name, a reference to Alan Turing’s mathematical model, referred to as the Turing machine), Turing is initially addressing the creation of products in home care (eg detergents), beauty, and food and beverage.

Turing’s founders claim that it is able to save companies millions of dollars by reducing the average time it takes to formulate and test new products, from an average of 12 to 24 months down to a matter of weeks.

Specifically, the aim is to reduce all the time that it takes to test combinations, giving R&D teams more time to be creative.

“Right now, they are spending more time managing experiments than they are innovating,” Manmit Shrimali, Turing’s co-founder and CEO, said.

Turing is in theory coming out of stealth today, but in fact it has already amassed an impressive customer list. It is already generating revenues by working with 8 brands owned by one of the world’s biggest CPG companies, and it is also being trialled by another major CPG behemoth (Turing is disclosing their names publicly, but suffice it to say, they and their brands are household names).

Turing is co-founded by Shrimali and Ajith Govind, two specialists in data science that had worked together on a previous startup called Dextro Analytics. Dextro had set out to help businesses use AI and other kinds of business analytics to help with identifying trends and decision making around marketing, business strategy and other operational areas.

While there, they identified a very specific use case for the same principles that was perhaps even more acute: the research and development divisions of CPG companies, which have (ironically, given their focus on the future) often been behind the curve when it comes to the “digital transformation” that has swept up a lot of other corporate departments.

“We were consulting for product companies and realised that they were struggling,” Shirmali said. Add to that the fact that CPG is precisely the kind of legacy industry that is not natively a tech company but can most definitely benefit from implementing better technology, and that spells out an interesting opportunity for how (and where) to introduce artificial intelligence into the mix.

R&D labs play a specific and critical role in the world of CPG.

Before eventually being shipped into production, this is where products are discovered; tested; tweaked in response to input from customers, marketing, budgetary and manufacturing departments and others; then tested again; then tweaked again; and so on. One of the big clients that Turing works with spends close to $400 million in testing alone.

But R&D is under a lot of pressure these days. While these departments are seeing their budgets getting cut, they continue to have a lot of demands. They are still being expected to meet timelines in producing new products (or often more likely, extensions of products) to keep consumers interested. There are a new host of environmental and health concerns around goods with huge lists of unintelligible ingredients, meaning they have to figure out how to simplify and improve the composition of mass-market products. And smaller direct-to-consumer brands are undercutting their larger competitors by getting to market faster with competitive offerings that have met new consumer tastes and preferences.

“In the CPG world, everyone was focused on marketing, and R&D was a blind spot,” Shrimali said, referring to the extensive investments that CPG have made into figuring out how to use digital to track and connect with users, and also how better to distribute their products. “To address how to use technology better in R&D, people need strong domain knowledge, and we are the first in the market to do that.”

Turing’s focus is to speed up the formulation and testing aspects that go into product creation to cut down on some of the extensive overhead that goes into putting new products into the market.

Part of the reason why it can take upwards of years to create a new product is because of all of the permutations that go into building something and making sure it works consistently as a consumer would expect it to (which still being consistent in production and coming in within budget).

“If just one ingredient is changed in a formulation, it can change everything,” Shirmali noted. And so in the case of something like a laundry detergent, this means running hundreds of tests on hundreds of loads of laundry to make sure that it works as it should.

The Turing platform brings in historical data from across a number of past permutations and tests to essentially virtualise all of this: it suggests optimal mixes and outcomes from them without the need to run the costly physical tests, and in turn this teaches the Turing platform to address future tests and formulations. Shrimali said that the Turing platform has already saved one of the brands some $7 million in testing costs.

Turing’s place in working with R&D gives the company some interesting insights into some of the shifts that the wider industry is undergoing. Currently, Shrimali said one of the biggest priorities for CPG giants include addressing the demand for more traceable, natural and organic formulations.

While no single DTC brand will ever fully eat into the market share of any CPG brand, collectively their presence and resonance with consumers is clearly causing a shift. Sometimes that will lead into acquisitions of the smaller brands, but more generally it reflects a change in consumer demands that the CPG companies are trying to meet.

Longer term, the plan is for Turing to apply its platform to other aspects that are touched by R&D beyond the formulations of products. The thinking is that changing consumer preferences will also lead into a demand for better “formulations” for the wider product, including more sustainable production and packaging. And that, in turn, represents two areas into which Turing can expand, introducing potentially other kinds of AI technology (such as computer vision) into the mix to help optimise how companies build their next generation of consumer goods.

Valiant Hearts mobile game sequel is set to launch on Netflix Games on Jan 31
Peacock tops 20M subscribers in Q4 as losses widen
Elon Musk’s Twitter hit with holocaust denial hate speech lawsuit in Germany
European banks struggle with AI, while US banks lead the field, according to a new index
Qiara is a new home security service for the French market