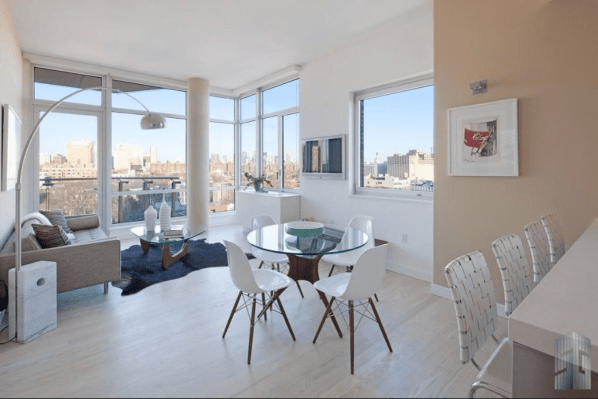 The apartment rental market in the US will be worth $174.1 billion this year, and today a startup that’s built a platform to help it along by connecting renters with rentals is announcing a round of funding to fuel its growth. Zumper, which provides listings of available rental properties and services (such as rent payments) to help manage landlords’ rental businesses, has raised $60 million, money that CEO and co-founder Anthemos Georgiades said it plans to use to continue both expanding its footprint in the US (its primary market today), as well as to continue building out its platform and the data science behind it, as well as more tools for users of its two-sided marketplace.

This Series D is being led by new backer e.ventures — the VC that originally started out as BV Ventures, the strategic VC arm of publishing giant Bertelsmann — and includes participation from a number of existing investors. Zumper has raised $150 million to date from backers that include Andreessen Horowitz, Axel Springer, the Blackstone Group, Breyer Capital, CrunchFund, Dawn Capital, Goodwater Capital, Greycroft, Greylock, Kleiner Perkins, NEA, Stereo Capital, Foxhaven Asset Management, and others.

The company is not talking about its valuation but we understand that it is more than double the valuation Zumper had in its previous round. For context, that was a $46 million Series C round in 2018 that was made at over $200 million but under $300 million, putting Zumper’s current valuation at between $400 million and $600 million.

Zumper also doesn’t disclose financials but says that it’s been seeing 100% growth year-on-year for its revenues and is on track to have some 80 million people using its platform in 2020, with 13 million visitors per month, typically looking for one-year leases. And within its B2B rental big data play, some 1 million listings are analysed monthly.

The startup’s growth is coming at a pivotal time in the property market.

On one hand, Zumper competes against the likes of other fast-growing startups like Compass, as well as giants like Zillow and more recently Costar (owner of Apartments.com and many others). The latter two have shaped up to be key consolidators, acquiring smaller outfits and bigger rivals that have fallen into trouble to get better economies of scale.

But at the same time, we have seen a fair amount of stress in the industry, caused by the oversupply of inventory in the market, which puts pressure on prices; and some of the biggest and most established players getting hit hard trying to modernise their businesses. As one example, after RentPath — the owner of Rent.com, Rentals.com, ApartmentGuide.com and others — filed for Chapter 11, Costar picked it up for $588 million (that deal has not officially closed).

“Everyone is falling by the wayside,” Georgiades said.

Beyond market trends, there are also consumer trends, with those who are traditional renters looking to buy property, or those who continue renting exploring shorter leases or home shares as ways of saving money and looking for better deals. Zumper notes that some 66% of renters today in the US live in a co-living situation.

Within those wider developments, Zumper — which Georgiades describes as the largest privately-backed rentals platform — has been working on building a modern platform that provides more than just a simple place to discover what’s available in the market.

“We want to add lease signing and more financial offerings for landlords,” Georgiades said, noting that insurance is one area that it is also exploring. “The idea is to build in more peace of mind for our customers, not just more software.”

And it’s doing so by delivering a key demographic that everyone wants to target: millennial users.

“Zumper is the single best source for younger millennials to find apartments,” he said, noting that one in four Americans will use Zumper this year to search for an apartment. A typical user, he added, is “more mobile,” and averages at 28 years old, and its user base skews female.

Working to serve that demographic and its changing tastes for where and how to put down roots, Zumper has partnerships in place with the likes of Airbnb and Facebook to target different parts of the market. Georgiades said that he does not view either as a competitor, but nor are there plans to expand these relationships at the moment (and he would not comment on whether Airbnb or Facebook has ever tried to acquire Zumper).

“We see ourselves as the Airbnb of one-year leases,” he said. “We start where Airbnb ends.” While today there seems to be a way on Zumper to search for rooms, it doesn’t seem to be optimised for that kind of search, so that is another area where you could see the startup growing.

“Zumper’s progress so far is striking, and it has quickly become the leading independent company focused on the rental market,” said Mathias Schilling Co-Founder & Managing Partner with e.ventures, in a statement. “We believe that Zumper is well positioned because of its focus on providing an exceptional product for renters and great value for landlords and multi-family properties.”

Samsung has the MacBook Pro in its sights with the $2,400 Galaxy Book 3 Ultra
Google winds down feature that put playable podcasts directly in search results
AI-generated ‘Seinfeld’ suspended on Twitch for AI-generated transphobic jokes
Amazon ramped up content spending to $16.6B in 2022, including $7B on originals
‘Nothing, Forever,’ an AI ‘Seinfeld’ spoof, is the next ‘Twitch Plays Pokémon’