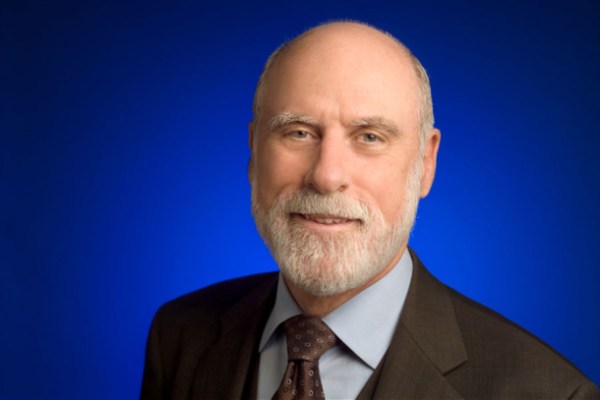 Google VP Vint Cerf has voiced support for a single set of standards for Internet platforms to apply around political advertising.

Speaking to the UK parliament’s Democracy and Digital Technologies Committee today, the long time Googler — who has been chief Internet evangelist at the tech giant since 2005 — was asked about the targeting criteria it allows for political ads and whether he thinks there should be a common definition all platforms should apply.

“Your idea that there might be common criteria for political advertising I think has a certain merit to it,” he told the committee. “Because then we would see consistency of treatment — and that’s important because there are so many different platforms available for purposes of — not just advertising but political speech.”

“In the US we’ve already experienced the serious side effects of some of the abuse of these platforms and the ability to target specific audiences for purposes of inciting disagreement,” he added. “We should make it difficult for our platforms to be abused in that way.”

The committee had raised the point that Google and Facebook currently apply different criteria around political ads — also asking whether advertisers could use Google’s tools to target political issue ads at a particular geographical region, such as South Bend in Northern Indiana.

“I don’t think that criterion is allowed in our advertising system,” Cerf responded on that specific example. “I don’t think that we’re that refined, particularly in the political space… We have a small number of criteria that are permitted for targeting political ads.”

Last November Google announced limits on political microtargeting — saying it would limit the ability for advertisers to target political demographics, and also committing itself to take action against “demonstrably false claims.”

The move remains in stark contrast to Facebook which dug in at the start of this year — refusing to limit targeting criteria for political ads. Instead it trumpeted a few settings tweaks that it claimed would afford users more controls over ads. As we (and many others) warned at the time, such tweaks offer no meaningful way for Facebook users to prevent the company’s pervasive background profiling of their Internet activity from being repurposed as an attack surface to erode democracy.

Last year some of Facebook’s own staff also critcized its decision not to restrict politicians from lying in ads and called for it to limit the use of Custom Audiences — arguing microtargeting works against the public scrutiny that Facebook claims keeps politicians honest. However the company has held the line on refusing to apply limits to political ads — with the occasional exception.

The committee also asked Cerf if he has any concerns about online misinformation and disinformation emerging on platforms related to the novel coronavirus outbreak.

Cerf responded by saying he’s “very concerned about the abuse of the system and looking for ways to counter that”.

“I use our tools every single day. I don’t think I would survive without having the ability to search through the world wide web — get information — get answers. I exercise critical thinking as much as I can about the sources and the content. I am a very optimistic person with regard to the value of what’s been done so far. I am very concerned about the abuse of the system and looking for ways to counter that — and those ways may be mechanical but they also involve the ‘wet ware’ up here,” he said, gesturing at his head.

“So my position is this is all positive stuff but how do we preserve the value of what we defend against the abuse? … We’re human beings and we should try very hard to make our tools serve us and our society in a positive way.”