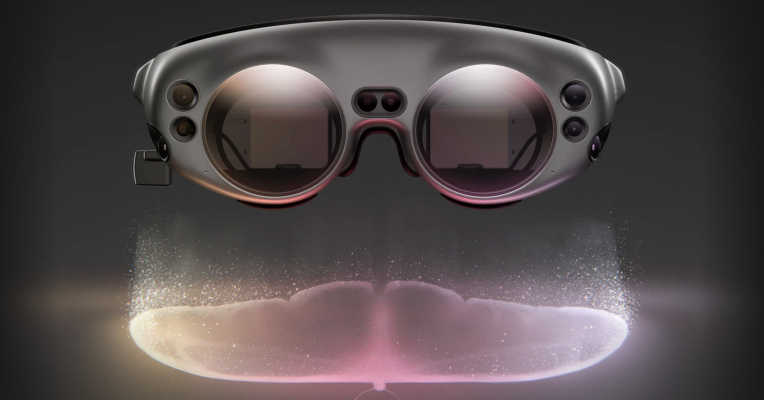 Augmented reality headset maker Magic Leap has struggled with the laws of physics and failed to get to market. Now it’s seeking an acquirer, but talks with Facebook and medical goods giant Johnson & Johnson led nowhere according to a new report from Bloomberg’s Ed Hammond.

After raising over $2 billion and being valued between $6 billion and $8 billion back when it still had momentum, Hammond writes that “Magic Leap could fetch more than $10 billion if it pursues a sale” according to his sources. That price seems ridiculous. It’s the kind of number a prideful company might strategically leak in hopes of drumming up acquisition interest, even at a lower price.

Startups have been getting their valuations chopped when they go public. The whole economy is hurting due to coronavirus. Augmented Reality seems less interesting than virtual reality with people avoiding public places. Getting people to strap used AR hardware to their face for demos seems like a tough sell for the forseeable future.

No one has proven a killer consumer use case for augmented reality eyewear that warrants an expensive and awkward-to-wear gadget. Our phones can already deliver plenty of AR’s value while letting you take selfies and do video chat that headsets can’t. My experiences with Magic Leap at Sundance Film Festival last year were laughably disappointing, with its clunky hardware, ghostly projections, and narrow field of view.

Apple and Facebook are throwing the enduring profits of iPhones and the News Feed into building a better consumer headset. Snapchat has built intermediary glasses since CEO Evan Spiegel thinks it will be a decade before AR headsets see mainstream adoption. AR rivals like Microsoft have better enterprise experience, connections, and distribution. Enterprise AR startup Daqri crashed and burned.

Magic Leap’s CEO said he wanted to sell 1 million of its $2300 headset in its first year, then projected it would sell 100,000 headsets, but only moved 6,000 in the first six months, according to a daming report from The Information’s Alex Heath. Alphabet CEO Sundar Pichai left Magic Leap’s board despite Google leading a $514 million funding round for the startup in 2014. Business Insider’s Steven Tweedie and Kevin Webb revealed CFO Scott Henry and SVP of creative strategy John Gaeta bailed in November. The company suffered dozens of layoffs. It lost a $500 million contract to Microsoft last year. The CEOs of Apple, Google, and Facebook visited Magic Leap headquarters in 2016 to explore an acquisition deal, but no offers emerged.

Is AR eyewear part of the future? Almost surely. And is this startup valuable? Certainly somewhat. But Magic Leap may prove to be too little too early for a company burning cash by the hundreds of millions in a market newly fixated on efficiency. A $10 billion price tag would require one of the world’s biggest corporations to believe Magic Leap has irreplicable talent and technology that will earn them a fortune in the somewhat distant future.

The fact that Facebook, which does not shy from tall acquisition prices, didn’t want to buy Magic Leap is telling. This isn’t a product with hundreds of millions of users or fast-ramping revenue. It’s a gamble on vision and timing that looks to be coming up snake eyes. It’s unclear when the startup would ever be able to deliver on its renderings of flying whales and living room dinosaurs in a form factor people actually want to wear.

With all their money and plenty of time before widespread demand for AR headsets materializes, potential acquirers could likely hire away the talent and make up the development time in cheaper ways than buying Magic Leap. If someone acquires them for too much, it feels like a write-off waiting to happen.