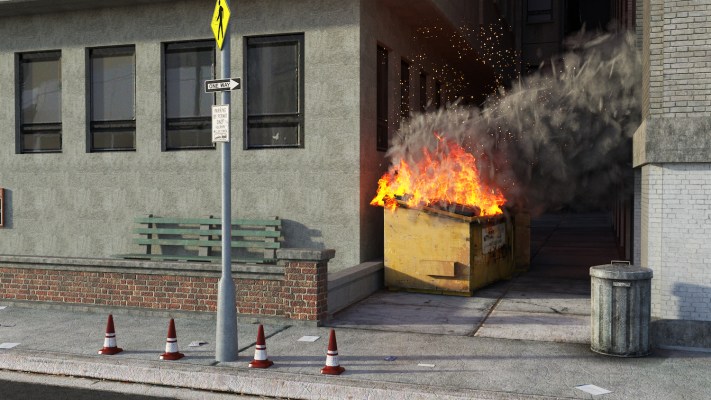 Well, that was terrible.

During the day’s wild trading session, the Dow Jones Industrial Average (DJIA) dropped by just under 10% in what was the largest single-day percentage decline since the stock market crash in 1987 (when markets were sufficiently scarred to institute failsafe measures for the future, to prevent similar, shocking declines).

Investors shrugged off news that the Federal Reserve was stepping in to offer nearly $1.5 trillion in emergency relief as the major indexes all fell sharply the morning after President Donald Trump addressed the nation to outline the government’s continued response to the novel coronavirus outbreak.

Looking at the major American indices:

If you are keeping score on the week, this is the third day of massive declines against a single day’s gains. Tuesday now feels very long ago.

It’s possible that investors continued their selling streak because any short term gains from the Federal Reserve’s efforts to reverse the slide may not be able to bolster the short and long-term health of the American — and global — economy. (The American and global economics are incredibly linked, of course).

“We continue to emphasize that this Fed will act aggressively and in particular that central banks are focused on safeguarding market functioning at this point, and will continue to provide liquidity in scale,” Ebrahim Rahbari, director of global economics at Citi Research, told CNBC. “However, despite the sharp initial risk rally, we think these measures will still not be sufficiently to durably stabilize market sentiment yet in light of credit concerns and escalating health concerns.”

Meanwhile, more American institutions are being disrupted by efforts to mitigate the spread of the novel coronavirus sweeping the country. Broadway was shut down, major sports events have all been canceled and entire seasons are being put on hold.

Airlines and the travel industry were hit particularly hard today with shares of United Airlines down 12.26%, Delta off 21% and American Airlines seeing a 17.28% drop as of market close. Airlines are bearing the brunt of a decision issued Wednesday evening by President Trump’s to ban travel between the U.S. and Europe for the next 30 days. Today, airlines started cancelling flights. Delta said it will temporarily cancel flights between cities like Amsterdam and Orlando, Portland and Salt Lake City as well as flights to Paris from Cincinnati, Raleigh/Durham and Indianapolis.

It’s against that backdrop that investors took to the hills yet again today. And all this ahead of the country being ready to truly ramp up its COVID-19 testing regime.

Not even cryptocurrencies were safe from the rout. Bitcoin and all of the other major cryptocurrencies suffered their worst declines in years as investors also sold heavily. SaaS shares were down over 8%, and after-hours Slack’s earnings failed to excited and its equity is being sold off. In short, if you were looking for a silver lining, there isn’t one today. (Unless you shorted oil a month ago.)

Is your startup heading to MWC? TechCrunch wants to hear from you
TikTok introduces a strike system for violations, tests a feature to ‘refresh’ the For You feed
Apple’s hardware VP on the HomePod’s return
Portugal’s Coverflex raises a €15M Series A to make employee benefits more flexible and engaging
Needles to say, Ghostline drags tattoo stencil making ‘inkto’ the current millennium