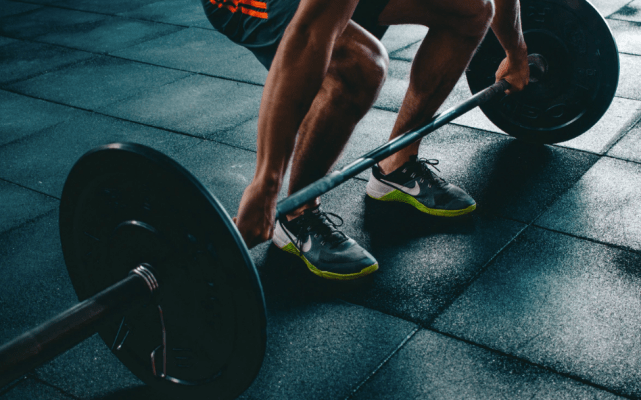 Y Combinator’s Demo Day is a key soirée on the startup calendar. This year, however, instead of a packed room replete with short pitches and lackluster catering, Demo Day has gone virtual. Even more, it was moved up by a week, pushing the public debut of a host of companies to this coming Monday.

TechCrunch will be covering it closely, so make sure to stick around the site for notes and interviews. But who wants to wait that long? I’ve gotten to know one of the pitching startups, FitnessAI, over the past few weeks. Let’s take a look at its business.

The company was founded by Jake Mor in 2019, leveraging a workout data set that Mor had previously collected. Mor told TechCrunch that in college he built a tool called Lift Log (you can find it on the App Store here). That app was “just a very simple weightlifting tracking tool,” Mor said, but “over the course of three years over 40,000 users logged 6 million workouts.”

Peering through his mountain of data, Mor said that he was able to discern “the perfect rate of progression for each exercise.” Regular progression isn’t a nice to have, according to Mor, but a key way to keep people in the gym (and using his service), saying that he’s found that breaking personal records “makes working out a little bit more addicting, and more motivating to keep going back to the gym.”

But data isn’t the full story to FitnessAI, despite it featuring “AI” in its name. During the life of his company, Mor found that a human touch was key to keeping users engaged. He told TechCrunch that lots of folks are self-conscious about going to the gym and working out in its environment, so while he was “so busy working on [the] algorithm” that powers the company’s service, “what users cared most about was tutorials.”

The helping hand of crafted guides and human outreach work together with the app’s code to keep people engaged. According to Mor, his team “will reach out to every single user if you don’t go to the gym,” adding that “half of fitness AI is the human touch.”

So from a data set to an algorithm to a mobile app to a guided weight-lifting experience, FitnessAI has gotten a lot done in the last year or so. And it has done so while largely self-funding.

To date, the company told TechCrunch that it has bootstrapped, apart from its standard Y Combinator check. That said, it’s looking to raise during the Demo Day cycle.

How has it gotten to where it is today on such little capital? By growing its revenues and paying for its own development. Indeed, the mobile app company is now north of $100,000 monthly recurring revenue (MRR), giving it annual recurring revenue (ARR) of more than $1.2 million. For a team of four today that was 1.5 not too long ago, that’s lots of cash.

But with more money comes more opportunities for product improvements, and go-to-market work. What FitnessAI has shown so far is that people need help lifting, and they are willing to pay for assistance. (FitnessAI has a number of price points, but costs a little less than $100 yearly, looking at its App Store listing today.)

More after Demo Day if FitnessAI raises the round it’s hunting for.

This startup hopes to take on Canva, raising an $11.6M Series A for its design platform
Netflix’s ‘All Quiet on the Western Front’ is among the most nominated Oscar films
Plum launches its money management app in five more countries
BMW iVentures continues its love affair with EVs, backing this Bulgarian startup’s $13M A-round
Qiara is a new home security service for the French market