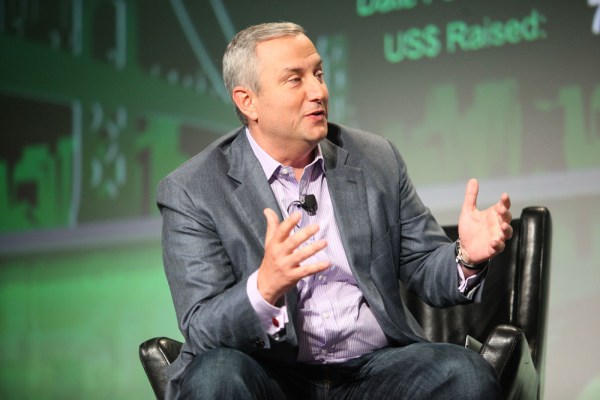 Startups have done some wild things to get the attention of VCs. In fact, Instacart founder Apoorva Mehta sent YC partner (at the time) Garry Tan a six-pack of beer through the service after missing the deadline for Y Combinator by two months.

Tadabase.io, an enterprise startup that offers no-code tools to help businesses automate their processes, has had an ad running that was… well, hyper targeted.

ProductHunt founder and WeekendFund investor Ryan Hoover discovered the ad and shared it on Twitter.

Hoover told TechCrunch he was Googling Mark Suster to facilitate an introduction between Suster and one of Hoover’s portfolio companies. Instead, he found a Google ad directed squarely at Suster from Tadabase.io.

“Mark Suster, you haven’t invested in nocode” read the paid listing. “Therefore, we put this ad here to get your attention. If you’re not Mark, please don’t click here and save us some money.”

I reached out to Suster, managing partner at UpFront Ventures, to see what he thought of the ad. He told me he “loved it” and has already contacted the CEO to set up a call for next week.

Whether this clever Google ad will result in an actual investment is yet to be determined. Also unclear: will Ryan Hoover get in on the deal?

I reached out to Tadabase founder and CEO Moe Levine via email to ask about the ad, how they went about targeting, and how he feels about his upcoming phone call next week. He hasn’t responded yet. I’ll update if/when he does.

Valiant Hearts mobile game sequel is set to launch on Netflix Games on Jan 31
HBO’s ‘Succession’ Season 4 premieres on March 26
Angry Miao’s AM 65 Less is both more and less keyboard than you’ll ever need
BMW iVentures continues its love affair with EVs, backing this Bulgarian startup’s $13M A-round
Netflix teams up with Bumble so users can bond over popular TV shows