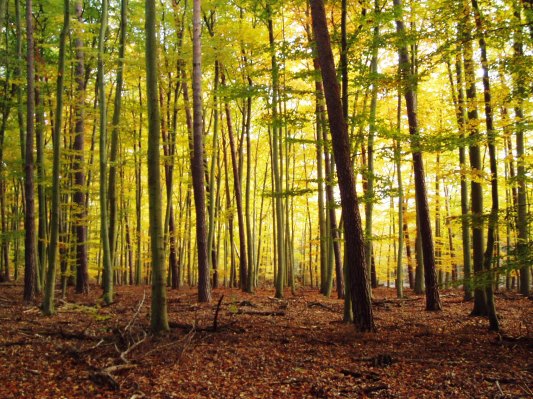 Ecosia, a not-for-profit search engine which uses ad generated revenue to fund planting trees, is set to get a visibility boost in Chrome. A change Google is making to its chromium engine will see it added as a default search engine choice in up to 47 markets for the version 81 release of Google’s web browser.

Ecosia will soon be included on Chrome’s default search engine list in several major markets, including the UK, US, France and Germany — alongside the likes of Google Search, Bing, DuckDuckGo and Yahoo!

It’s the first time the not-for-profit search engine will have appeared in Chrome’s default search engine choice list. And while users of Chrome can always navigate directly to Ecosia to search, or download an extension to search via it directly in the browser’s URL bar, those active steps require prior knowledge of the product. Whereas being listed as a default option in Chrome means Ecosia will be put in front of people who aren’t yet familiar with it.

The shift comes after what Ecosia said was a record year of usage growth for its search engine — with monthly active users rising from 8 million to 15 million during 2019.

The company dedicates 80% of advertising profits to funding reforestation projects in biodiversity hotspots around the world, and says it has planted 86 million+ trees since it was founded back in 2009 — a total it’s expecting will grow as a result of Google’s decision to include Ecosia as a default choice.

Commenting in a statement Ecosia CEO Christian Kroll said: “Ecosia’s growth over the last year shows just how invested users are in the fight against the climate crisis. Everywhere, people are weighing up the changes they can make to reduce their carbon footprint, including adopting technologies such as Ecosia. Our addition to Chrome will now make it even easier for users to help reforest delicate, at-risk and often devastated ecosystems, and to fight climate change, just by using the internet.”

“It’s also good news for user choice and fairness,” he added, pointing to recent research which he said indicates that providing a choice of search engines has the potential to increase the collective mobile market share of Google alternatives by 300-800%.

“It’s important that there are independent players in the market that don’t just exist for profit. We put our profits into tree planting and we are also focused on privacy, so users can have a positive impact on the environment while having greater control over their personal information.”

The chromium update will also see rival search engines DuckDuckGo and Yahoo added as a default in more markets when the v81 release of Chrome is pushed out.

These are the latest revisions to Chrome’s search engine defaults. But in a major shift this time last year Google quietly expanded the choice of search product in a way that gave the biggest single boost to the visibility of pro-privacy search engine rival DuckDuckGo.

It said then that the changes derived from “new usage statistics” from “recently collected data.”

But the company’s business had been facing rising attention over privacy and competition concerns.

As, indeed, Google still is…

In Europe, meanwhile, antitrust enforcement around how Google operates its Android smartphone platform has already forced the tech giant to offer a choice screen that surfaces alternative search engines and web browsers alongside its own products.

In 2018 the EU’s competition competition concluded Google had violated antitrust rules by requiring Android device makers pre-install its own search and browser apps. It was fined $5BN and ordered to cease the infringement — initially responding with a choice screen prompt that appeared to select products based on marketshare. Before announcing it would move to a ‘pay-to-play’ auction model to assign the non-Google slots on the screen starting early this year.

Rival search engines including Ecosia, DuckDuckGo and French pro-privacy search engine Qwant have been highly critical of this pay-to-play switch — hitting out at the limited slots and sealed bid auction structure Google devised. And DuckDuckGo has remained critical despite winning a universal slot on the screen early this year.

Ecosia chose to boycott the auction entirely — telling the BBC in January it’s at odds with the spirit of the Commission ruling.

“Internet users deserve a free choice over which search engine they use and the response of Google with this auction is an affront to our right to a free, open and federated internet. Why is Google able to pick and choose who gets default status on Android?” Kroll said then.

Asked for current Android usage metrics the company told us Ecosia’s total daily active users on Google’s platform have grown from 489,422 this time last year to 1,245,777 now — a 155% year over year rise in DAUs.

Though it remains to be seen whether Google’s shift to a paid auction model which Ecosia is not participating in — given doing so would require the not-for-profit to spend money paying Google to appear as a choice rather than ploughing those revenues into planting more trees — will put a dampener on Ecosia’s Android growth this year.

A spokesman for Ecosia pointed us to statcounter figures that estimate it took a 0.22%market share of mobile search in Europe between February 2019 and February 2020.

On desktop the search engine takes a higher regional share, per statcounter, account for 0.5% of desktop searches.

Overall, across mobile and desktop, Google’s share of the European search market over the same period is 93.83% vs 0.33% for Ecosia.

Peacock tops 20M subscribers in Q4 as losses widen
Welcome to the Jungle grabs $54M for its slick job platform
What’s going on in the Dutch startup scene?
Netflix’s ‘All Quiet on the Western Front’ is among the most nominated Oscar films
Disney+ advertisers will soon get Hulu’s ad targeting capabilities