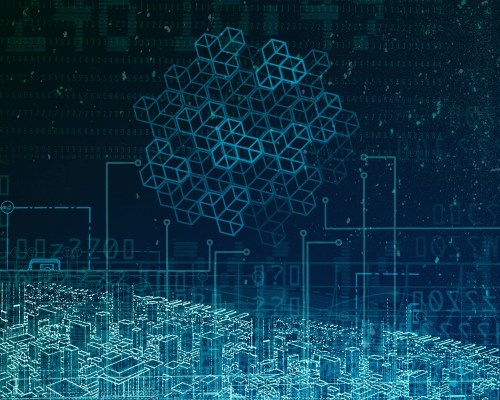 The rise of the cloud over the past decade has forced software developers and DevOps engineers to completely rearchitect the modern web application, ensuring scalability, performance, and security. That’s a really painful proposition when done manually, which is where Hashicorp comes in to play. The company’s suite of products helps everyone in the tech workforce from IT admins to software developers operate in the cloud (mostly) effortlessly and natively.

The company’s products have long garnered rave reviews from technical staffs, and now the company is looking at a brand new massive valuation.

The SF-based startup announced today that it has raised $175 million in Series E financing from Franklin Templeton Investments at a scorching $5.1 billion valuation. For context, when we last covered the company back in late 2018, its valuation was only a “paltry” $1.9 billion following a $100 million round led by growth investor IVP.

The company in its release today touted its success in doubling revenues and customers every year for four straight years as the key reason behind the flush valuation. The company is making a (not so) subtle point that David McJannet, who joined the company as CEO in mid-2016 following a stint as an EIR at Greylock, has seen some success in his new role.

The company, founded by Mitchell Hashimoto and Armon Dadgar in 2012, is one of the major pioneers in helping companies build high-quality infrastructure that’s a mix of multi-cloud providers, private cloud, and even legacy systems.

It’s most well-known product is Terraform, which allows developers to write repeatable rules around enterprise infrastructure rather than a patchwork of different scripts that might not work as its writers intended. The idea is that with a consistent framework, Hashicorp’s product can help companies reduce costs (by protecting against, say, over-provisioning of resources) while also helping to balance scale and performance. The company’s other products include Consul around network automation, Vault for security, and Nomad for application deployment.

Hashicorp touches on a bunch of competitive products, but its cohesive set of tools and strong outreach to the developer community has set itself apart from the competition in recent years.

Franklin Templeton is a fairly late stage investor that has funded such enterprise companies as Cloudflare, which went public last year, logs management platform SumoLogic, and cybersecurity business Tanium, all according to Crunchbase.

With a hefty $5.1 billion valuation, the company narrowly missed the catastrophic decline of SaaS stocks over the past few weeks, which have been buffeted by the rapidly spreading global pandemic. But with a new war chest and a focus on a popular and growing enterprise market, the company seems poised to continue its growth.

Elon Musk’s Twitter hit with holocaust denial hate speech lawsuit in Germany
Google created an AI that can generate music from text descriptions, but won’t release it
HBO’s ‘Succession’ Season 4 premieres on March 26
Angry Miao’s AM 65 Less is both more and less keyboard than you’ll ever need
Spotify cuts 6% of its workforce, impacting 600 people