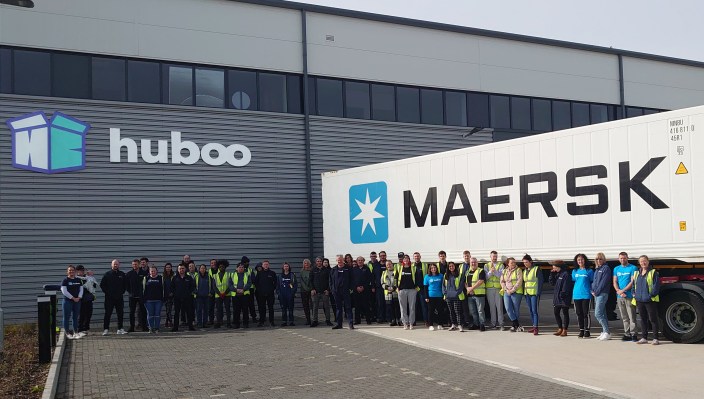 Huboo, the U.K. startup that operates a multi-channel fulfilment service for e-commerce businesses of varying sizes, has picked up an undisclosed amount of investment from Maersk Growth, the venture arm of Danish container logistics giant A.P. Moller – Maersk.

The funding is described as a bridge round designed to see Huboo through to a future Series A. It follows the disclosure of £1 million in seed backing in September 2019 led by London venture capital firm Episode 1, alongside a number of unnamed private individual investors. The startup is also backed by True Capital and Ada Ventures.

Launched in November 2017 by Martin Bysh and Paul Dodd after the pair had run a number e-commerce experiments, Huboo aims to solve the fulfillment pain point that most online stores face. The service promises to store your stock, and then “pick, pack and deliver it” automatically as customer orders are placed.

The idea is that by outsourcing fulfillment, online shops can focus on the parts of the business where most value is added, such as customer service and choosing which products to develop and/or sell.

The Huboo dashboard provides stock control, order tracking and billing information. Meanwhile, the startup’s “core operational technology” integrates with popular sales channels and marketplaces, such as Amazon, eBay and Shopify. The enables Huboo to directly receive and process its customers’ orders in real-time.

Comments Oliver Finch, Investor at Maersk Growth: “Fulfillment is a surprisingly complex and time-consuming aspect of e-commerce, particularly for smaller and mid-size companies that are the meaningful engines of global economic growth. Huboo offers a breakthrough to this underserved market, using advanced automation software to provide an effective and scalable solution. There’s clear alignment with Maersk Growth’s focus on driving innovation in the transport and logistics value chain and we are incredibly excited to be part of Huboo’s onward success”.

Since we last covered Huboo, it has opened a second purpose built warehouse, and expanded its full-time employees to 52. I’m also told clients have grown from 80 to 250, and that over 50% of revenues come from U.K. manufactured items and “re-commerce” clients.