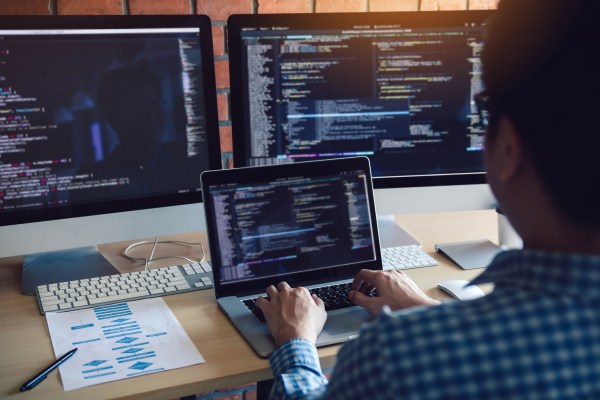 By now, we know that Kubernetes is a wildly popular container management platform, but if you want to use it, you pretty much have to choose between having someone manage it for you or building it yourself. Spectro Cloud emerged from stealth today with a $7.5 million investment to give you a third choice which falls somewhere in the middle.

The funding was led by Sierra Ventures with participation from Boldstart Ventures.

Ed Sim, founder at Boldstart says he liked the team and the tech. “Spectro Cloud is solving a massive pain that every large enterprise is struggling with; how to roll your own Kubernetes service on a managed platform without being beholden to any large vendor.” Sim told TechCrunch.

Spectro co-founder and CEO Tenry Fu says that an enterprise should not have to compromise between control and ease of use. “We want to be the first company that brings an easy-to-use managed Kubernetes experience to the enterprise, but also gives them the flexibility to define their own Kubernetes infrastructure stacks at scale,” Fu explained.

Fu says that the stack in this instance consists of the base operating system to the Kubernetes version to the storage, networking and other layers like security, logging, monitoring, load balancing or anything that’s infrastructure related around Kubernetes.

“Within an organization in the enterprise you can serve the needs of your various groups, down to pretty granular level with respect to what’s in your infrastructure stack, and then you don’t have to worry about lifecycle management,” he explained. That’s because they handle that for you, while still giving you that control.

That not only gives enterprise developers greater deployment flexibility, it gives them the ability to move between cloud infrastructure providers more easily, something that is top of mind today as companies don’t want to be locked into a single vendor.

“There’s an infrastructure control continuum that forces enterprises into trade offs against these needs. At one extreme, the managed offerings offer a kind of nirvana around ease of use, but it’s at the expense of control over things like the cloud that you’re on or when you adopt new ecosystem options like updated versions of Kubernetes.”

Fu and his co-founders have a deep background in this, having previously been part of CliQr, a company that helped customers manage applications across hybrid cloud environments. They sold that company to Cisco in 2016, and began developing Spectro Cloud last spring.

It’s early days, but the company has been working with 16 Beta customers.

Germany is looking into PayPal’s terms for merchants
Plum launches its money management app in five more countries
Netflix’s ‘All Quiet on the Western Front’ is among the most nominated Oscar films
Madrid selects Dott, Lime and Tier for scooter licenses
Elon Musk’s Twitter hit with holocaust denial hate speech lawsuit in Germany