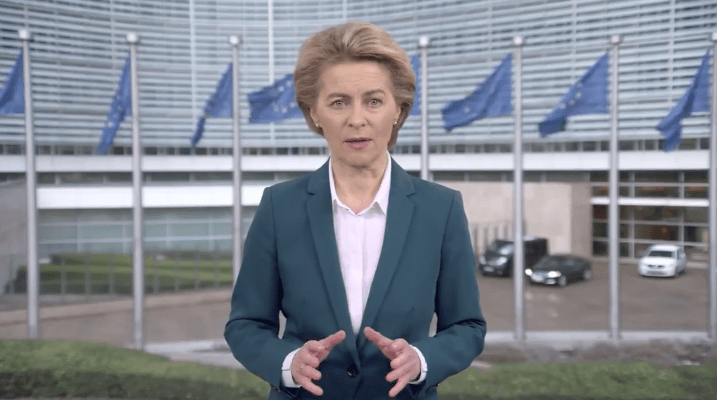 One of the defining characteristics of the European Union has been its strong policy of taking an open approach when it comes to borders in the region: the EU may be a collection of individual countries, but it works as one, and so when you travel from one to the other as an EU citizen, you can move as freely as you do within your own country. Now, in the wake of the novel coronavirus pandemic, all that is changing. Today the EU announced new measures to limit movement between borders within the EU, with the restrictions initially covering 30 days.

After that, Russia, which shares a border with various countries in the EU, also announced its own border closure.

We have already had a number of border closures within the EU and the wider region — in keeping with the global response to movement, and specifically in response to outbreaks that started earlier (for example, Italy has had travel restrictions in place for weeks at this point). The aim with today’s announcement — laid out in a press briefing — however, is to bring about a more coordinated approach across the region.

“Our measures to contain the Coronavirus outbreak will be effective only if we coordinate on the European level,” said EU president Ursula von der Leyen in a statement. She added that the travel ban does not extend to everyone: emergency medical professionals and other essential goods and services will continue to move across borders, as will citizens of the respective countries coming home, and those making their way home through a country. “We have to take exceptional measures to protect the health of our citizens. But let’s make sure goods and essential services continue to flow in our internal market. This is the only way to prevent shortages of medical equipment or food. It’s not only an economic issue: our single market is a key instrument of European solidarity. I am in discussion with all Member States so that we confront this challenge together, as a Union.”

Russia, meanwhile, had closed off borders with specific countries such as Iran (which has been one of the worst-hit countries globally) and Poland, and now it is closing off its border to all international travel until the beginning of May (for now), with the exception of Russian nationals, airline professionals, diplomats and a few other specific categories.

Border closures are coming into effect the world over in an effort to stem the infection rate of the novel coronavirus, with the U.K. yesterday announcing more restrictions on travel, and Canada raising its walls earlier today. (The U.K. is not included in the EU measures, given its exit from the European Union; but it has followed suit regardless on its own steam and via its own policies.)

Many of these measures are coming in the wake of a serious curtailment of travel anyway — a trend that has had a severe impact already on airlines and other companies in the travel and tourism industries.

The impact on tech in Europe (and indeed, globally) has been a palpable chilling effect. Apart from the direct hit that travel, tourism and related startups are feeling, overall it has meant a drastic wave of event cancellations, and restrictions on meetings and overall activities. There has, of course, remained a commitment to continue business as usual, or at least try to, and that will hopefully be a reality in the medium term, even if for now, it’s wheels down, wheels down.

Raylo raises $136M to build out its gadget lease-and-reuse ‘fintech’ platform
Nothing’s second phone will take on the US this year
Addressable raises $7.5M to match crypto wallets to Twitter accounts. But how?
$500M in, GV gears up for more deals in Europe with a new partner in London, Luna Dai Schmid
Apple execs on M2 chips, winning gamers and when to buy a Mac