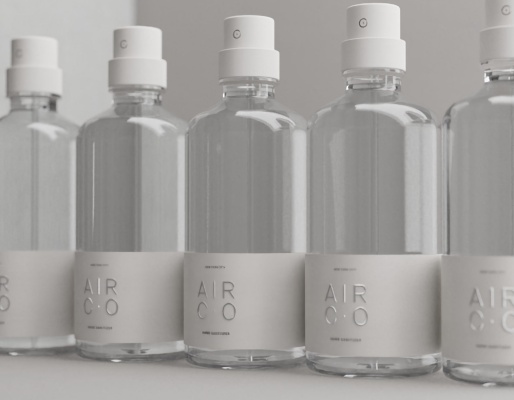 An NYC-based startup that developed technology that extracts carbon dioxide from the air and combines it with water to create vodka has redirected its entire production capacity towards producing hand sanitizer, every bottle of which will be donated through collaboration with NYC officials, and potentially to local restaurants who employ delivery personnel providing critical service as social distancing and isolation measures continue.

Air Co. launched its vodka just last year, using a process it developed (which has received awards from NASA and XPrize) that is actually net carbon-negative. It involves pulling around one pound of carbon dioxide from the air which is then combined with water and turned into pure ethanol using solar-based renewable energy. Ethanol also happens to be the key active ingredient in hand sanitizer, which is generally between 60 and 95 percent alcohol in its most effective iterations.

Air Co’s CEO and co-founder Gregory Constantine told me via email that since the company was founded on the basis of fulfilling a mission of social good, the startup wanted to find some way to help with community efforts to counter the ongoing coronavirus pandemic. It naturally turned to producing hand sanitizer made up 70 percent ethanol, its technology’s primary output.

The company isn’t looking to cash in on the current (ill-advised) panic buying trends, which see supplies of hand sanitizer sold out or dwindling across major retailers and Amazon . Instead, even though it’s now directing 100 percent of its production capacity to making hand sanitizer, it’s also donating all of the volume it produces.

While Constantine says that initially, they’ve been producing smaller volumes than they’d like, and are looking at ramping production by shifting their methods, they’ve still managed to put out over 1,000 50mL bottles, and will “continue to make 1,000 bottles per week and push supply as much as our technology allows us to.”

I asked Constantine how they’re figuring out who receives the hand sanitizer they’re donating, given the many possible parties who would appreciate this kind of charitable action.

“We’re going to be directly supplying all donations at the advice of the city,” he said. “We are also looking to work with local restaurants to have them provide food delivery drivers with our sanitizer given that bars and restaurants have had to shut their doors to patrons, leaving delivery services at the forefront of food services here in New York City.”

Given that they’ve have shifted production away from their revenue-generating business for this effort, I also asked Constantine how long they plan to keep this up. Despite uncertainty about how long the need will exist, he said, they’re going to try to continue producing the sanitizer “for as long as [they] can.”

“We have shifted our production and are running on a very limited team to ensure that we are not furthering the spread of the virus in our efforts,” he added. “Every small piece of help from any person or business goes a long way in a time of need like this, and we plan to help however we can.”

Report: Stripe tried to raise more funding at a $55B-$60B valuation
Senate questions Live Nation president amid Taylor Swift ticketing debacle
European banks struggle with AI, while US banks lead the field, according to a new index
Review: The 2023 Mac Mini is a serious contender with the M2 Pro
Netflix’s ‘All Quiet on the Western Front’ is among the most nominated Oscar films