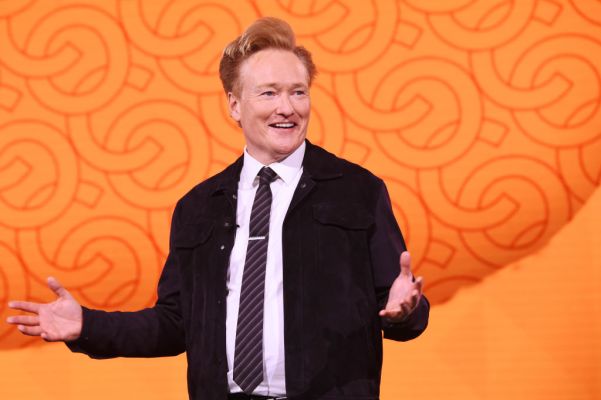 Apple’s promise of high-quality video “shot on iPhone” is getting another real-world stress test, as late-night TV host Conan O’Brien announced on Wednesday he will return to doing full shows that will be shot using Apple’s mobile device. On Monday, March 30, new episodes of O’Brien’s show “Conan” will air on TBS, with production staff working from home, video that’s shot on iPhone, and interviews filmed over video chat.

The news was first reported by Variety and confirmed by O’Brien in the form of a tweet, where he jokes the experience “will not be pretty.”

I am going back on the air Monday, March 30th. All my staff will work from home, I will shoot at home using an iPhone, and my guests will Skype. This will not be pretty, but feel free to laugh at our attempt. Stay safe.

The move to shot shows remotely is an interesting attempt at restarting daily TV production at a time when everyone’s been ordered to work from home.

Typically, late-night shows are put on with a sizable crew of writers and producers and filmed in front of a live audience. With the CDC advising people to stay at home and gather in groups of no more than ten due to the threat of the coronavirus outbreak, TV production industry-wide is being shut down.

O’Brien’s team consists of 75 people and, like others, it went on hiatus in order to protect staff safety. But during the shut down, O’Brien continued to film short videos, which led the team to this idea of doing a full show, but in a different format.

“Conan” isn’t the only show trying to work around the shutdown. Jimmy Fallon has been filming YouTube videos that are incorporated into the evening’s rerun of the “Tonight Show.” Colbert has been filming a new monologue for “The Late Show” reruns. And Kimmel has been sharing his own “#minilogue” on social media.

However, “Conan” is promising full episodes, not just new segments.

“The quality of my work will not go down because technically that’s not possible,” O’Brien said in a statement shared by Variety.

This startup hopes to take on Canva, raising an $11.6M Series A for its design platform
Valiant Hearts mobile game sequel is set to launch on Netflix Games on Jan 31
Warner Bros. swiped our Harry Potter wand IP, says Kano
Peacock tops 20M subscribers in Q4 as losses widen
European banks struggle with AI, while US banks lead the field, according to a new index