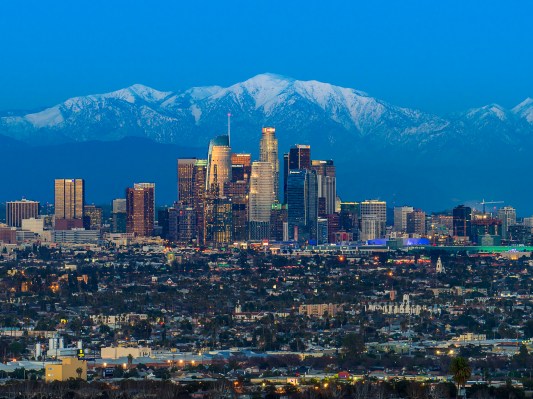 A new initiative from a Los Angeles investor is taking stock of venture firms and their ability to commit capital in an effort to match firms that are still open for business and cutting checks to startups that are fundraising in the age of COVID-19.

Laurent Grill, one of the investors at Luma Launch (which is the corporate investment arm of the film studio Luma Pictures), has been working in the Los Angeles venture community building and backing startups for about a decade. Over that time, Grill has put together a fairly impressive rolodex, and in these times of uncertainty he’s putting that rolodex to work.

Most startups are buckling in for a bumpy few months and making tough decisions about when, where and how to get the cash they need to keep their businesses going. While there have been a number of statements on Twitter from various investors about how they’re doing deals and open for business, Grill is making sure the community can be coordinated so companies no where to turn and investors can find businesses to back in an age of Zoom diligence.

He issued a call on LinkedIn, Twitter, and seemingly every other platform requesting that investors who are still cutting checks in the time of the coronavirus sign up (privately) to a list that Grill is managing. There’s also a list for startups that are looking for cash.

We have had an OVERWHELMING response from founders/investors coming together to work to get through this. If you are a company raising or investor investing, please go to this link to submit your information. PLEASE RT to spread the word. https://t.co/u6CRt9Ry5J

The matchmaking service is designed to save time and energy for entrepreneurs and investors who have to worry about keeping the lights on.

So far, Grill has racked up responses from a lot of the roughly 400 investors he’s sent an email to for the initial list he’s putting together.

Luma Launch, as Grill is the first to admit, won’t be among the investors looking at new deals in the near term. As a corporate venture arm, the firm has to manage the portfolio of investments that are already on its balance sheet. That’s a strong list of companies including The Wave, Community, Lensabl and others that are well-situated to make it through the crisis, but corporate venture is often constrained as their parent companies look internally and new investments aren’t on the short-term horizon.

However, the network that Grill has amassed (although he’s loath to talk about it) includes a number of top investors at some of the largest funds and they’re all privately telling him that they’re open for business.

Even if Grill isn’t investing, he still wants Luma Launch to play the role in the community that he hoped it always would. “Luma Launch can be that support mechanism that we have been trying to be since day one,” says Grill. “If we can help support entrepreneurs both here in LA and around the country to connect with relevant investors then we’re all going to be better in the long run.”

In times of uncertainty, it’s best to have a clear and honest understanding of what’s happening in the market, not just performative assurances, says Grill.

“I want to create an ecosystem where everyone can recognize that people are trying to be active,” he says. That’s when I made the public post… I think someone needs to step up and open this up to the general community and the tech community as a whole to help decipher the noise.”

That said, the matchmaking service that Grill hopes to build won’t be open to every company, just the companies that have already raised at least a seed round of funding. For entrepreneurs just getting their businesses off the ground, Grill advises that they focus on building their product and customer base before tapping venture investment.

For established businesses that need additional support, the door remains open. “If you have the capability of helping someone you have the responsibility to help someone,” Grill says.