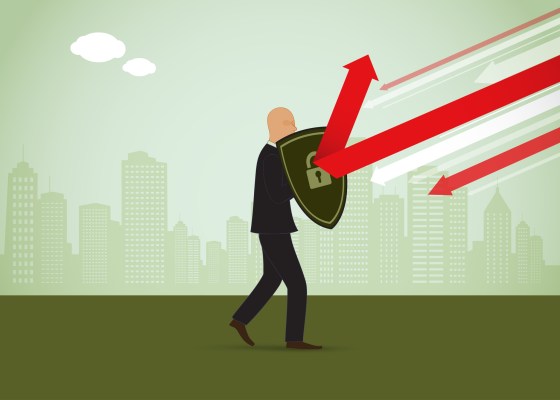 Ohio-based Coterie, a startup working on in the commercial insurance space, has announced today it has raised $8.5 million Series A. The company had previously raised a little over $3 million in early investments, bringing its equity capital raised to nearly $12 million to date; the firm also told TechCrunch that it has raised $2.5 million in available venture debt as part of its current round.

In an uncertain market, Coterie is better capitalized than it ever has been, thanks to Intercept, and The Hartford, and Hippo, which led its latest round.

Coterie operates in insurtech, a space we’ve covered extensively in recent months. But it’s not MetroMile or Lemonade, both of which selling consumer insurance. Nor is it akin to The Zebra, Policy Genius, Gabi, or Insurify, helping consumers link to third-party insurance products. It’s closest private market comp, looking at our recent coverage, is Briza, which produces APIs linking small businesses to small business insurance products.

But what Coterie does is slightly different if we’re grokking its model correctly: It offers what it calls “commercial insurance as a service,” according to an interview with TechCrunch. Let’s explore.

In a call with TechCrunch about its latest funding event, Coterie explained that, using APIs, it connects “places that have some commercial insurance requirement, or service customers who need commercial insurance, and we simply pass that information into our system and we quote and bind automatically.”

While Coterie does partner with external insurance entities (more on that in a second), it handles a lot of the work in-house: “We actually have the underwriting control, so we don’t we don’t ship it off to 10 different carriers. We actually say yes, we will bind this policy, or no, we won’t,” said Coterie CEO David McFarland, adding that “most of the time we have a pretty broad appetite so we can write a good bit of business.”

Helping it in this process are some partners in the insurance market that help with “the licenses and the capital requirements,” the company said.

What makes Coterie interesting isn’t that is a digital take on a previously paper business, but that it’s product allows it to insure freelancers (Coterie partners with freelance marketplaces, allowing it access to a potential customer base and helping the marketplace itself provide insured providers) for even small increments of time; that’s something that wasn’t economically attractive under old models, if even possible.

According to the firm, it offers general and professional liability insurance, along with business owners policies. Coterie has eyes on various types of data to power its model (and make good policy pricing choices), highlighting information like business payment flows to vet company health, to pick an example.

Coterie only started selling its products in September of 2019, but noted to TechCrunch that it saw “pretty good growth” from from the jump, and “pretty steady growth” since then. But as Coterie noted in our call, insurance is a somewhat low-margin business, meaning that policy growth, while good, needs to be pretty steep for the gross margin generated to stack up too high.

But with $8.5 million in new equity capital and total access to over $10 million in funds, the startup now has more money than ever to pursue its model. And if it’s like the rest of the insurtech space, it has a good shot at quick growth.