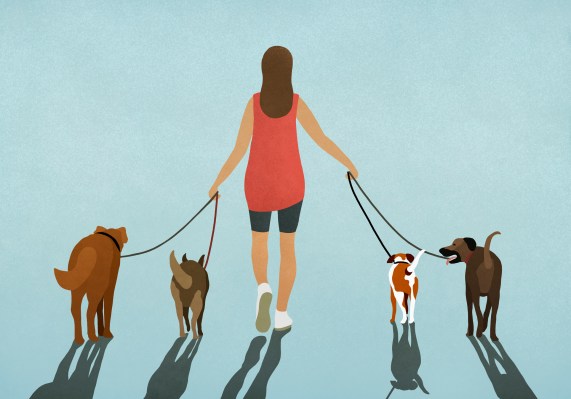 Wag! CEO Garrett Smallwood is a three-time entrepreneur with previous experience at Redbeacon (acquired by The Home Depot), Pillow (acquired by Expedia via Home Away Group) and Finrise (acquired by Wag!).

In late November, after I was named the new CEO, my management team and I began plotting a radically different path to profitability. We began by assessing our relationship with users. First and foremost, we recognized that Wag! needed to improve the way we supported the community, including pet parents, pet caregivers and their pets.

Next, we examined the company’s financial health and analyzed the competitive climate, investment community and direction in which the tech industry appeared headed. The time has come to share how this influenced our decisions.

Late in 2019, a lot of smart people began to note a philosophical shift taking place in the capital markets. Investors had begun to lose patience with startups that spent massive sums on acquiring market share, but had demonstrated little to no ability at creating lasting businesses.

We concluded that funding in some sectors would quickly dry up. Based on our analysis, we expect a growing number of startups will be forced to hew out self-sustaining business niches to survive. This assessment is partly what led us to conclude that accepting another funding round wouldn’t necessarily benefit the company in the area that matters most: providing value to customers.

A consensus formed after we took control, and found a constant drumbeat of bills coming in and payments going out, notably to Amazon (Web Services), Google (to help extend our brand), Facebook (to reach customers) and for our office space. These costs were growing faster than revenue.

Netflix teams up with Bumble so users can bond over popular TV shows
Disney+ advertisers will soon get Hulu’s ad targeting capabilities
Netflix’s ‘All Quiet on the Western Front’ is among the most nominated Oscar films
Madrid selects Dott, Lime and Tier for scooter licenses
Spain’s delivery platform Glovo fined again for breaching labor laws