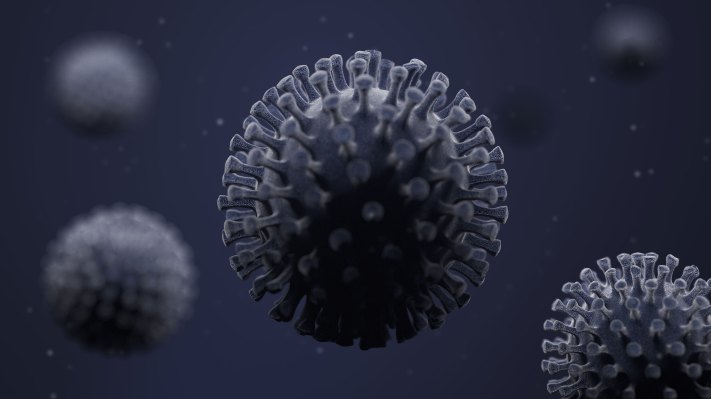 Much of the world is waking up to a strange new reality. As the coronavirus strain, COVID-19, swept across the planet, today may go down in history as the day when huge numbers of countries were largely united in a global shut-down to address the pandemic.

TechCrunch brings you a wrap of the technology world’s response to the virus do far in our own dedicated “COVID-19-updates” coverage.

• In Extra Crunch we cover how you should pitch a story in the era of COVID-19.

In our main coverage:

• Google says coronavirus has become its biggest search topic by a country mile this year, and to continue its efforts to harness that attention in the best possible way, late on Friday the company launched a new information portal dedicated to the pandemic as well as an improved search experience for desktop and mobile.

• In response to COVID-19, Hulu has added a free live news stream to its on-demand app for customers who only subscribe to its on-demand service, not its live TV add-on. The news coverage is provided in partnership with ABC News Live, and brings live news 24/7 to Hulu on-demand subscribers as part of their existing subscription.

• Unfortunately, “Robocalls”, which have been targeting the vulnerable and unsuspecting for years, are taking advantage of the current global catastrophe to enhance their scams. The FCC warns that it has received numerous reports of coronavirus-related robocall cons in the wild — here’s what to look for.

• Two major tech companies — Amazon and IBM — have each announced programs to encourage developers to find solutions to a variety of problems related to the pandemic.

• Google announced on Twitter that it is canceling its annual I/O developer conference out of concern for the health and safety of all involved. It will not be holding any online conference in its place either.

• Rivian, the buzzy electric vehicle startup that is backed by Amazon and Ford, is shutting down all of its facilities due to the spread of COVID-19, the disease caused by coronavirus. Rivian employs more than 2,000 workers across several locations, including its headquarters in Plymouth, Mich., a factory in Normal, Ill. as well as operations in San Jose and Irvine, Calif., where engineers are working on autonomous vehicle technology. Rivian also has an office in the U.K.

• During two of this week’s White House briefings, President Trump referred specifically to two potential treatments that have been identified by medical researchers and clinicians. But no drugs or treatments have been proven as effective for either the prevention of contracting COVID-19 or for its treatment. While chloroquine has been used for decades to treat malaria, and chronic rheumatoid arthritis, it can have dangerous side effects, including death, if taken incorrectly. Even when taken correctly, it can cause things like stomach distress and even permanent damage to a person’s vision.

• The COVID-19 outbreak isn’t just affecting movie theaters — it has also halted TV and film production around the world. For Netflix, that has included production on high-profile titles like “The Witcher” and “Stranger Things.” So the streaming company just announced that it has created a $100 million fund that it says will support the cast and crew who have suddenly found themselves out of work.

• Elon Musk tweeted Friday that Tesla and SpaceX employees are “working on ventilators” even though he doesn’t believe they will be needed. His confirmation on Twitter that both of the companies he leads are working on ventilators comes a day after New York City Mayor Bill de Blasio made a direct plea to Musk to help alleviate a shortage at hospitals gearing up to combat COVID-19.

• Uber Eats is waiving delivery and activations fees in the UK to support restaurants hit by decreasing demand during the coronavirus crisis. The measure will apply until March 31 when it says it will review it. On Monday the on-demand food delivery giant announced a similar waiver of delivery fees in the US. The announcement by Uber Eats UK comes shortly after Just Eat UK said it would reduce its commission and waive some fees for 30 days — as part of an emergency support package for partner restaurants struggling to cope with disruption to their businesses.

• Privacy-hostile practices by tech giants face ongoing legislative challenges, but a pandemic is clearly an exceptional circumstance. These days, governments are now turning to the tech sector for help. US President Donald Trump was reported last week to have summoned a number of tech companies to the White House to discuss how mobile location data could be used for tracking citizens. And in another development this month he announced Google was working on a nationwide coronavirus screening site — in fact it’s Verily, a different division of Alphabet. But concerns were quickly raised that the site requires users to sign in with a Google account, suggesting users’ health-related queries could be linked to other online activity the tech giant monetizes via ads.

• Diligent Robotics wants to give nurses a helper droid that can run errands for them around the hospital. The startup’s bot Moxi is equipped with a flexible arm, gripper hand and full mobility so it can hunt down lightweight medical resources, navigate a clinic’s hallways and drop them off for the nurse. With the world facing a critical shortage of medical care professionals, Moxi could help healthcare centers use their staff as efficiently as possible. And because robots can’t be infected by COVID-19, they’re one less potential carrier interacting with vulnerable populations.

In other news from around the web:

• The Telegram app emerged a few years ago as a challenger to WhatsApp and took off largely in non-Western countries. A story today in the China Tech site Abacus explores how Telegram is emerging as an alternative source of news form outside China ‘Great Firewall’, and is being accessed by citizens there who are hungry for uncensored news about the COVID-19 pandemic. The “2019-nCoV outbreak real-time broadcast,” channel now has more than 87,000 subscribers, with recent messages getting between 15,000 and 20,000 views, according to Telegram channel’s view counter.

• Another report today in The Verge explores how Amazon workers across the US and in many other countries are finding themselves designated as “key workers” who must continue to show up to deliver goods nations, like the US, which have gone into an effective quarantine. However, many of those workers are concerned that safety precautions, benefits, and protections have not changed sufficiently to reflect the new reality of living and working in a pandemic, and that even Amazon warehouses that keep operating as everything else shuts down many workers there are of course likely to contract the virus.

• Getaround is a startup that actually launched at TechCrunch Disrupt several years ago, and the car-sharing company has soared in distribution and valuation in the last few years. But with the coronavirus outbreak suddenly affecting people unwilling or unable to share a personal car that might well be owned by someone infected by the virus, Getaround is now experiencing a huge plunge in demand. As a result, the company is now, according to Bloomberg. reportedly seeking a sale after finding itself “dangerously short on cash”, according to people familiar with the matter.

• Over at Microsoft, the tech giant is now offering its Healthcare Bot service to organizations on the frontlines of the COVID-19 response to help screen patients for potential infection and care. As an example, the CDC just released a COVID-19 assessment bot that can quickly assess the symptoms and risk factors for people worried about infection, provide information and suggest the next course of action such as contacting a medical provider or, for those who do not need in-person medical care, managing the illness safely at home.

The news is significant because several healthcare startups such as Babylon Health and Ada Health already offer such AI-powered ‘chat’ apps which many will likely be turning to in this crisis.