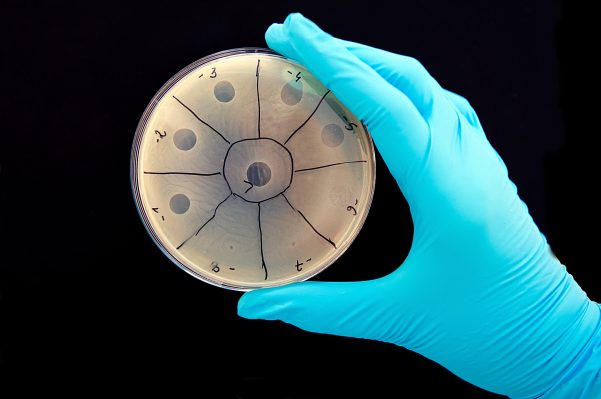 Right now the world is at war. But this is no ordinary war. It’s a fight with an organism so small we can only detect it through use of a microscope — and if we don’t stop it, it could kill millions of us in the next several decades. No, I’m not talking about COVID-19, though that organism is the one on everyone’s mind right now. I’m talking about antibiotic-resistant bacteria.

You see, more than 700,000 people died globally from bacterial infections last year — 35,000 of them in the U.S. If we do nothing, that number could grow to 10 million annually by 2050, according to a United Nations report.

The problem? Antibiotic overuse at the doctor’s office or in livestock and farming practices. We used a lot of drugs over time to kill off all the bad bacteria — but it only killed off most, not all, of the bad bacteria. And, as the famous line from Jeff Goldblum in Jurassic Park goes, “life finds a way.”

Enter Felix, a biotech startup in the latest Y Combinator batch that thinks it has a novel approach to keeping bacterial infections at bay – viruses.

It seems weird in a time of widespread concern over the corona virus to be looking at any virus in a good light but as co-founder Robert McBride explains it, Felix’s key technology allows him to target his virus to specific sites on bacteria. This not only kills off the bad bacteria but can also halt its ability to evolve and once more become resistant.

But the idea to use a virus to kill off bacteria is not necessarily new. Bacteriophages, or viruses that can “infect” bacteria, were first discovered by an English researcher in 1915 and commercialized phage therapy began in the U.S. in the 1940’s through Eli Lilly and Company. Right about then antibiotics came along and Western scientists just never seemed to explore the therapy further.

However, with too few new solutions being offered and the standard drug model not working effectively to combat the situation, McBride believes his company can put phage therapy back at the forefront.

Already Felix has tested its solution on an initial group of 10 people to demonstrate its approach.

Felix plans to deploy its treatment in those suffering from cystic fibrosis first as there is no cure for this disease, which tends to require a near constant stream of antibiotics to combat lung infections.

The next step will be to conduct a small clinical trial involving 30 people, then, as the scientific research and development model tends to go, a larger human trial before seeking FDA approval. But McBride hopes his viral solution will prove itself out in time to help the coming onslaught of antibiotic resistance.

“We know the antibiotic resistant challenge is large now and is only going to get worse,” McBride said. “We have an elegant technological solution to this challenge and we know our treatment can work. We want to contribute to a future in which these infections do not kill more than 10 million people a year, a future we can get excited about.”

Post Series-B, anti-fraud platform SEON acquires AML startup Complytron for a rumoured €2.5M
Plugable’s new dock turns your tablet or phone into a workstation
‘Nothing, Forever,’ an AI ‘Seinfeld’ spoof, is the next ‘Twitch Plays Pokémon’
Samsung’s new Galaxy S23 Ultra arrives with a 200-megapixel camera
The UK rolls back controversial plans to open up text and data mining regulations