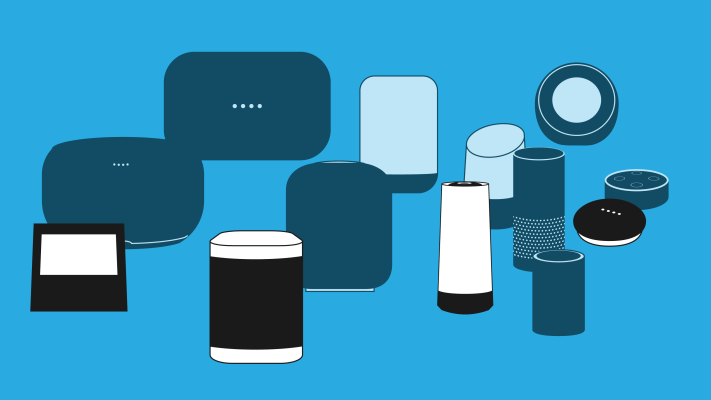 A new annual survey taken before the current COVID-19 crisis led to restrictions of movement in much of the U.S. suggests good news for Amazon, Facebook’s dominance unthreatened and continued growth in podcasting.

Sixty-two percent said they use a voice-based virtual assistant, most commonly via a phone or a computer. There has been a lot written about interactive voice as the next major medium for human-computer interaction after mobile phones, so it’s noteworthy to see that use of the technology is still associated with personal computing devices rather than hands-free smart speakers placed in the surrounding environment.

Smart speaker ownership did increase to 27% of respondents, up from 24% in 2019, even though respondents owned an average 2.2 speakers. In fact, the cohort that owned three or more speakers increased from one-quarter to one-third of owners in just a year, with Amazon Alexa continuing to dominate market share.

Angry Miao’s AM 65 Less is both more and less keyboard than you’ll ever need
Madrid selects Dott, Lime and Tier for scooter licenses
Report: Stripe tried to raise more funding at a $55B-$60B valuation
Substack introduces ‘private Substacks’ that readers can request to subscribe to
BMW iVentures continues its love affair with EVs, backing this Bulgarian startup’s $13M A-round