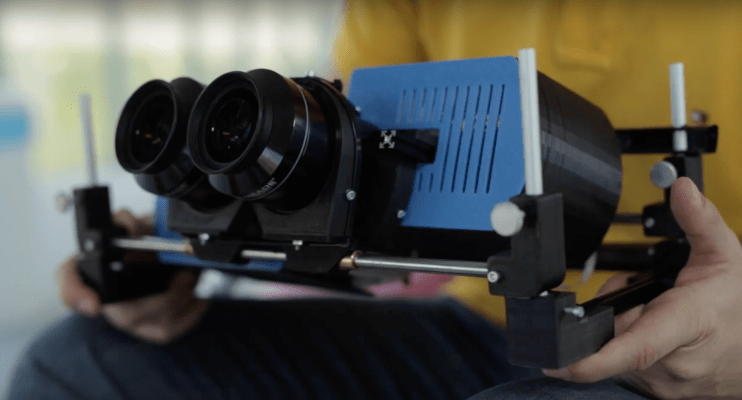 After years of hype, the AR/VR space has certainly grown quieter as of late, but some investors are still coalescing behind a vision that the technologies could one day replace mobile if the technical kinks can be worked out.

Creal is a Swiss startup that’s working on some fundamental display technologies that could make VR and AR headsets more comfortable with more life-like optics.

The startup raised a $7.4 million Series A last year from Investiere and DAA Capital Partners. The company announced this week that they received grant funding from the European Union’s Horizon 2020 research and innovation program to continue working on their light-field display tech.

Light-field displays are a category of displays that are quite a bit different than anything you’ve seen. While existing AR and VR headsets can show you stereoscopic 3D by displaying slightly different images to each of your eyes, future headsets will allow you to change what’s in and out of focus based on where your eyes are looking. The big optics issue this solves for is called the vergence-accommodation conflict, and it allows for interacting with objects closer to your face and functionally makes reading in VR quite a bit more effective as well.

Here’s a “through-the-lens” demo of the startup’s technology from a video posted last year:

There are varying degrees of how the technology is implemented. Magic Leap rolled out a lightweight version of its technology in its headset that leverages a pair of focal planes that are switched between with eye-tracking. This “varifocal” approach is also something that Facebook is investing in; they’ve showcased prototype headsets that allow users to shift their focus between multiple planes.

Creal is having to deal with some of the same struggles as its big company counterparts have when it comes to making sacrifices in order to miniaturize the technology. Integrating their tech into a virtual reality headset is the nearest-term target for the company, though they have ambitions to integrate into lightweight AR headsets within the next several years.

Startups building tech like Creal may be particularly at risk to a global recession, when investment in frontier technologies typically takes a big hit. A prolonged period of economic instability will almost certainly tilt the scales in the favor of big tech companies like Facebook, as startups approaching the same advances will likely be forced to push out roadmaps and cut costs in order to survive.

While Oculus has seen some recent success in expanding the VR market niche, augmented reality hardware has been an incredibly tough sell for startups. A number of companies in the space shut down last year, including Meta, ODG and Daqri. Earlier this month, Bloomberg reported that Magic Leap was positioning itself for a sale after raising billions of dollars in funding.