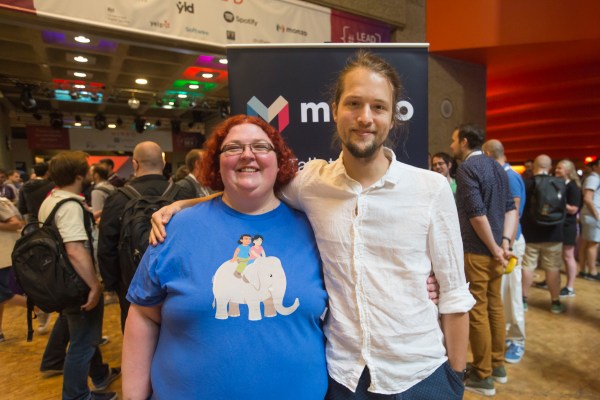 Monzo, the U.K. challenger bank that now counts over 4 million account holders, has lost its CTO, TechCrunch has learned.

According to multiple sources, Meri Williams, who joined the fast-growing fintech in September 2018 to much fanfare, announced internally that she was departing, saying that she wanted to voluntarily help with cost-cutting measures. However, it is worth noting that Williams had already cut back her involvement with Monzo and had been consulting for other tech companies. One source told TechCrunch she was most recently only working one day per week for Monzo.

Meanwhile, it is not clear who is taking up Williams CTO responsibilities, especially as previous CTO and Monzo co-founder Jonas Huckestein (pictured right, with Meri Williams) is thought to be on paternity leave. Monzo declined to comment.

Prior to holding the CTO role at Monzo, Williams worked at print and design company MOO — an early darling of the London startup ecosystem — and was brought to the bank for her experience “growing complex engineering organisations and managing fast-moving teams,” according to a press release issued at the time of her hire. Before working at MOO, she was Head of Engineering at M&S Digital and previously worked for the U.K.’s Government Digital Service.

Meta expands its partnership with the NBA to offer 52 games in VR
Disney+ advertisers will soon get Hulu’s ad targeting capabilities
European banks struggle with AI, while US banks lead the field, according to a new index
Getsafe expands to France starting with home insurance
Plum launches its money management app in five more countries