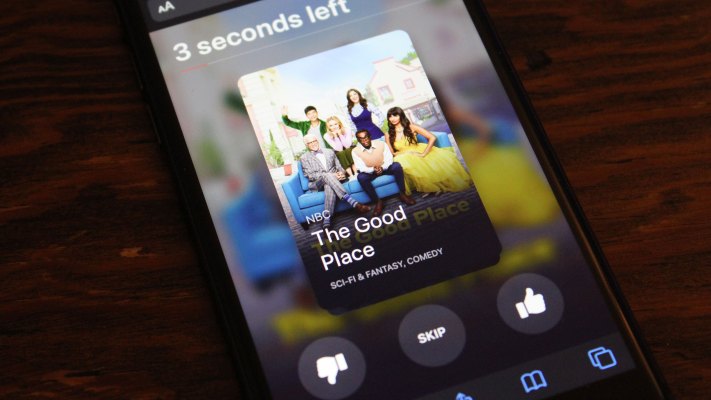 Ranker, an online publisher that turns crowdsourced lists and fan-rankings into a data business, is now turning its attention to the world of streaming services. The company this week launched a new app, Watchworthy, that helps you find something new to watch across TV networks and over 200 streaming services like Netflix, Hulu, Prime Video, Apple TV+, and many more.

Ranker, as you may already know, is the website that always pops up in search results when you’re looking for some sort of “best of” round-up — whether that’s in entertainment, music, sports, culture, history or across other topics. On the site, online visitors can vote on their favorites in categories as broad as the “best hip-hop artists” or as niche as the “best coconut oil brands.”

Ranker’s TV lists are among its more popular categories and one that makes the most sense for turning into an app. And right now, everyone is looking for something new to watch as we’re stuck indoors due to the COVID-19 health crisis.

While there are already a number of apps promising to offer TV recommendations — like Reelgood, TV Time, Yidio, and JustWatch, for example —  Watchworthy’s advantage is Ranker’s data powering its recommendations. Its machine-learning platform applies first-party correlation data it has amassed over a decade from one billion votes on Ranker.com. As the company explains, this makes its data more “statistically relevant.”

For example, its data indicates that “Better Call Saul” fans tend to like other gritty, dark dramas like “House of Cards,” “Ray Donovan,” and “True Detective” but also more cerebral comedies like “Nathan for You” and “High Maintenance.”

To figure out what sort of TV programs interest you, Watchworthy at first launch jumps you into a rating experience to provide it with your data. In 60 seconds, you fly through a ratings feature that uses a Tinder-like interface where a right swipe is a “like” and a left swipe is a “dislike” (and up is “not sure”). After you thumbs up and down a selection of shows, you can begin to browse your recommendations.

In my test, this initial set of recommendations was already above average compared with some of the other apps I’ve tried. Your mileage may vary, of course, as it’s a highly personalized experience. Watchworthy may not have offered dozens of precise matches to my tastes at first, but it did remind me of several shows I had seen in passing and thought at some point I might like to try, as well as a few new discoveries.

Its suggestions are ranked by a “worthy” score that indicates the likelihood that the show is worthy of your time. You can also filter the list of recommendations by service, genre, runtime, and MPAA ratings.

The app got a little better after spending a little more time to like and dislike more shows and to personalize it as to which streaming services I was using. This allowed me to integrate recommendations from more sources — like HBO, Apple TV+, Disney+, Showtime, and others.

However, I did get to the point where liking and disliking didn’t refine my recommendations further, so there is a limit to what Watchworthy can do. I also found the app to be a little lacking on the reality and nonfiction side of things. It tended to push recommendations of scripted shows, despite my having “liked” shows such as “The Great British Bake Off,” “Windy City Rehab,” and “Queer Eye,” among others.

As you find shows you like in the app’s recommendations, you can add them to the universal watchlist in the app for easy access.

You can also create an account to save your data. Watchworthy at launch supports Apple’s private sign-in option, as well as Google, Facebook, and email.

The homepage of the app also integrates Ranker’s existing TV lists. The website has over 50,000 of these, but the app isn’t an endless scroll. Instead, it updates the home page with relevant, timely content. For example, today’s lists include “Shows for Self Quarantine,” “Shows to Distract You,” “Funniest Shows on Netflix,” “Best Family Shows on Amazon Prime,” and other round-ups.

The new app serves not only as a discovery tool for TV viewers, cord-cutters, and binge-watchers, but also as fuel for Ranker’s data collection business. Ranker licenses its data and insights to third-parties, like marketers, advertisers, researchers, developers, and service providers. However, its data isn’t focused on demographics so much as it is on “psychographics” — meaning, your tastes. Ranker isn’t asking you for private information, only what you like.

In a way, Watchworthy serves as a demo app of what can be done with Ranker’s psychographic insights, in this case, for TV viewers. But the same sort of system could be built for other categories, like music, cooking, film, travel, and more.

The company says this year it will also make its Watchworthy app available to connected devices, like Roku, Apple TV, and Amazon Fire TV. It also plans to add movie recommendations and shared watchlists.

Watchworthy is a free download on iOS with Android to come. On any mobile device, it works from watchworthy.app.

Meta expands its partnership with the NBA to offer 52 games in VR
Getsafe expands to France starting with home insurance
Review: The 2023 Mac Mini is a serious contender with the M2 Pro
Spotify cuts 6% of its workforce, impacting 600 people
Report: Stripe tried to raise more funding at a $55B-$60B valuation