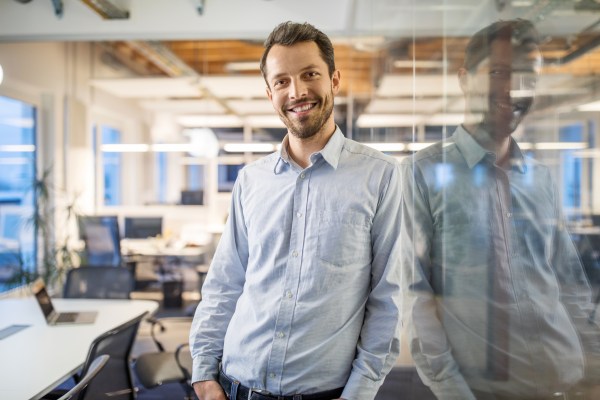 All co-working isn’t WeWork . And not all entrepreneurs are 30-year-old guys.

I know this well, having built my first startup in the mid-1980s after a potential employer said women wouldn’t be accepted in technical sales. Within five years, their large computer manufacturing business was gone, but we were selling our products around the world.

About twelve years ago, my partner and I saw how the workplace was changing as laptops and WiFi allowed people to work anywhere. At the same time, endless commutes and long office hours were separating families, generating excess CO2 emissions and making work-life balance almost impossible.

We understood that enabling people to work close to home, rather than in their home, could address these issues while reducing isolation and distractions. We could apply our startup, manufacturing, building and operations backgrounds to this problem to develop automated, welcoming workspace centers in neighborhoods and small-town cores, and we could make this replicable.

This was 2008 — nearly a decade before Masayoshi Son plowed billions into WeWork with the directive to be crazier, go bigger. Our model was very different from WeWork’s model of large centers in large cities that primarily targeted large corporations. It was more than a real estate play and with an interesting problem to solve: community focused centers were valuable to regular people, but could these be created sustainably and profitably over the long term?

We thought it could. So we built it.

The crux of what we developed was smaller, replicable, technologically-enabled and automated centers, outside big cities, that could meet the needs of their members and do it profitably and with minimal staffing. We developed our co-working management software, Satellite Deskworks, along with our now patented tracking and automation, to run any type of shared use center, and to do it simply, intuitively, and comprehensively.

I do not get funded. Several guys — without cynicism — suggested that I get a 30-year-old front man.

With the model proven, we began working on funding to scale the enterprise. The business plan, slide deck and pro forma were written. The pitches started, all the while running and growing the business from personal and generated funds. More pitches. And more pitches. Clearly we weren’t making it interesting enough. Or it was too early. Or the people with funds didn’t understand how important this was for the vast majority of workers and their local communities. Or perhaps there was just something wrong with us, since the business was already working.

Some of the pitch meetings felt like walking through the looking glass: One VC group provided us with an internal sponsor who advised us to only talk about software. Then his associate took over and said that advice was all wrong: our strength was in the combination of real-world and software.

On pitch day, before our presentation, a single-function app was pitched — just an idea, no product. It got funded. Subsequently, even though we had three profitable centers and several software clients, I was told that we weren’t far enough along to validate the market. Another group declined to fund us, then a year later asked me back as an expert on co-working to explain this emerging industry to them. But, again, no funds were forthcoming.

Over and over again, I’d be told that the presentation was spot-on, and yet, no funds.

I’m an older woman. I got my undergraduate degree at 43 years old and a masters at 46. I had started, run and sold my first startup to a large multinational by the time I was 40. I am good at what I do; I build and scale businesses.

Another group declined to fund us, then a year later asked me back, as an expert on co-working, to explain this newly emerging industry to them.

But I do not get funded.

This is not a complaint. This is a fact. I understand what happened at those pitches. Despite our scalable, successful business model, the decision makers were trying to gauge what others at the table would do, how they would perceive me. And the double-whammy of being older and a woman was a bridge too far.

Like picking at a scab, I talk to people knowledgeable in venture who nod their heads at the idea that I’d have trouble getting funded, no matter how well the model worked or the software functioned.

Several guys — without cynicism — suggested that I get a 30-year-old front man. But instead, I focused on growing my business organically, perhaps missing the opportunity to truly scale something that communities of all sizes need.

There is a serious flaw in how businesses are funded, and it is the same discussion we had twenty and thirty years ago about who was at the table in managing businesses.

Vibrant, innovative concepts and businesses are frequently started by people who aren’t happy with their options inside the box of the corporate world. 45% of small business owners are from minority ethnic groups. Women start businesses at twice the rate of men, yet female founders got 2% of VC dollars in 2017. Black women are the most educated group in the U.S., yet they receive about 0.2% of VC funding.

Older founders are seen as less dynamic, less adventurous, while the reality is that half the startups in the U.S. are by people over 50 — and older entrepreneurs are actually more likely to succeed.

Despite the fact that many acknowledge this as a problem, the solutions seem elusive. But they shouldn’t be. Corporations are stronger because of bringing diversity to boards, and the VC model would be stronger by employing many of the same tactics. The likelihood that funded startups will succeed increases by appealing to a broader audience, and the best way to do that is to fund a broader segment of entrepreneurs. Although these shouldn’t be new concepts, let me propose a few ideas:

Set up and support funds at an intermediate level. There is a crying need for funding in the $1 million – $3 million range, particularly for women- and minority-owned businesses. We know how to successfully bootstrap, but however good we are, it takes investment to scale.

If you measure it, you get it. Set up metrics. 10% of your board will be women within a year, 30% within three years, and 50% within six years. Set up similar metrics for ethnic and racial diversity. Set a goal for the percentage of your portfolio that will be minority- and women-owned startups each year over the next five years. And measure the performance of these startups against the past portfolio.

Increase the diversity of VC management and boards. By including decision-makers at the table from a broad range of backgrounds, ethnicities, ages, and genders, the industry should get to a more diverse portfolio with a greater likelihood of overall success.

Get to critical mass. Token diversity accomplishes little. You need enough people to truly provide a voice and echo. It’s easy to ignore a single voice from a different perspective. Research has shown that for a group to even hear a woman’s voice in a meeting at least 30% of that group needs to be women.

So, yes, I walk into the VC pitch rooms, and I know I’m not walking out with funding. No one is going to wire me a generous seed round and tell me to go break things.

Because of who I am and how this particular world perceives me, I have to build a business that works, that stands on its own from the beginning. This is not the end of the world. Businesses should work.

But the VC model needs to work, too.