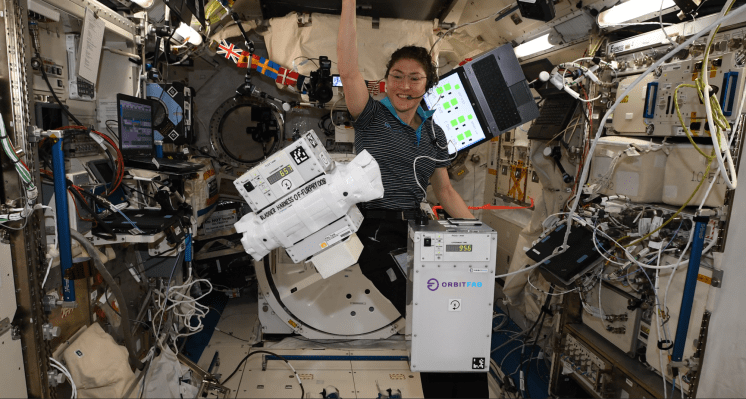 On-orbit satellite refueling technology is closer than ever to a practical reality, which could help immensely with the cost and sustainability of orbital businesses. Startup OrbitFab, a 2019 TechCrunch Battlefield finalist, is one of the companies working to make orbital refueling a reality, and it just secured a new contract from the National Science Foundation’s early stage deep tech R&D initiative America’s Seed Fund to further its goals.

The contract is specifically for development of a solution that provides rendezvous and docking capabilities in space, managing the end-to-end process of connecting two spacecraft and transferring fuel from one to the other. OrbitFab unveiled its connector hardware for making this possible last October at Disrupt, which it now refers to as its Rapidly attachable Fluid Transfer Interface (RAFTI). The RAFTI is designed as a replacement for existing valves used in satellites for fueling and draining propellant from spacecraft, but would seek to establish a new standard that provides easy interoperability both with ground fueling, and with in-space refueling (or fuel transfer from one satellite to another, depending on what’s needed).

Already, OrbitFab has managed to fly twice to the International Space Station (ISS), and last year it became the first ever private company to supply the orbital lab with water. It’s not resting on its laurels, and this new contract will help it prepare a technology demonstration of the docking process it’s RAFTI facilitates in its own test facilities this summer.

Longer-term, this is just phase one of a multi-par funding agreement with the NSF. Phase one includes $250,000 to make that first demo, and then ultimately that will lead to an inaugural trial of a fuel sale operation in space, which OrbitFab CMO Jeremy Schiel says should happen “within two years.”

“This will involve 2 satellites, our tanker, and a customer satellite, in a low LEO [low Earth orbit] docking, exchanging fuel, and decoupling, and repeating this process as many times as we can to demonstrate our capability,” he wrote via email.

There have been a number of technical projects and demonstrations around orbital refueling, and some of the largest companies in the industry are working on the challenge. But OrbitFab’s approach is aiming for simplicity, and ease of execution, along with a common standard that can be leveraged across a wide range of satellites large and small, from a range of companies. Already, OrbitFab says it’s working with a group of 30 different campaigns and organizations on making RAFTI a broadly adopted interface.

If successful, OrbitFab could underpin a future orbital commercial operating environment in which fuel isn’t nearly as much a concern when it comes to launch costs, with on-orbit roving gas stations addressing demand for spacecraft once they reach space, and paying a price for propellant that’s defrayed by common, bulk shipments instead of broken up piecemeal.

Spotify’s test of a Friends tab on mobile hints at expanded social ambitions
Neko, Daniel Ek’s next play, is another spin on preventative healthcare
Dotfile is a one-stop identity verification API for compliance purposes
Is your startup heading to MWC? TechCrunch wants to hear from you
Nothing’s second phone will take on the US this year