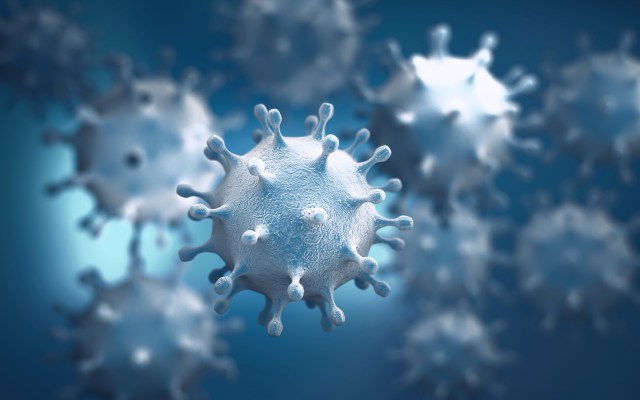 A European coalition of techies and scientists drawn from at least eight countries, and led by Germany’s Fraunhofer Heinrich Hertz Institute for telecoms (HHI), is working on contacts-tracing proximity technology for COVID-19 that’s designed to comply with the region’s strict privacy rules — officially unveiling the effort today.

China-style individual-level location-tracking of people by states via their smartphones even for a public health purpose is hard to imagine in Europe — which has a long history of legal protection for individual privacy. However the coronavirus pandemic is applying pressure to the region’s data protection model, as governments turn to data and mobile technologies to seek help with tracking the spread of the virus, supporting their public health response and mitigating wider social and economic impacts.

Scores of apps are popping up across Europe aimed at attacking coronavirus from different angles. European privacy not-for-profit, noyb, is keeping an updated list of approaches, both led by governments and private sector projects, to use personal data to combat SARS-CoV-2 — with examples so far including contacts tracing, lockdown or quarantine enforcement and COVID-19 self-assessment.

The efficacy of such apps is unclear — but the demand for tech and data to fuel such efforts is coming from all over the place.

In the UK the government has been quick to call in tech giants, including Google, Microsoft and Palantir, to help the National Health Service determine where resources need to be sent during the pandemic. While the European Commission has been leaning on regional telcos to hand over user location data to carry out coronavirus tracking — albeit in aggregated and anonymized form.

The newly unveiled Pan-European Privacy-Preserving Proximity Tracing (PEPP-PT) project is a response to the coronavirus pandemic generating a huge spike in demand for citizens’ data that’s intended to offer not just an another app — but what’s described as “a fully privacy-preserving approach” to COVID-19 contacts tracing.

The core idea is to leverage smartphone technology to help disrupt the next wave of infections by notifying individuals who have come into close contact with an infected person — via the proxy of their smartphones having been near enough to carry out a Bluetooth handshake. So far so standard. But the coalition behind the effort wants to steer developments in such a way that the EU response to COVID-19 doesn’t drift towards China-style state surveillance of citizens.

While, for the moment, strict quarantine measures remain in place across much of Europe there may be less imperative for governments to rip up the best practice rulebook to intrude on citizens’ privacy, given the majority of people are locked down at home. But the looming question is what happens when restrictions on daily life are lifted?

Contacts tracing — as a way to offer a chance for interventions that can break any new infection chains — is being touted as a key component of preventing a second wave of coronavirus infections by some, with examples such as Singapore’s TraceTogether app being eyed up by regional lawmakers.

Singapore does appear to have had some success in keeping a second wave of infections from turning into a major outbreak, via an aggressive testing and contacts-tracing regime. But what a small island city-state with a population of less than 6M can do vs a trading bloc of 27 different nations whose collective population exceeds 500M doesn’t necessarily seem immediately comparable.

Europe isn’t going to have a single coronavirus tracing app. It’s already got a patchwork. Hence the people behind PEPP-PT offering a set of “standards, technology, and services” to countries and developers to plug into to get a standardized COVID-19 contacts-tracing approach up and running across the bloc.

The other very European flavored piece here is privacy — and privacy law. “Enforcement of data protection, anonymization, GDPR [the EU’s General Data Protection Regulation] compliance, and security” are baked in, is the top-line claim.

“PEPP-PR was explicitly created to adhere to strong European privacy and data protection laws and principles,” the group writes in an online manifesto. “The idea is to make the technology available to as many countries, managers of infectious disease responses, and developers as quickly and as easily as possible.

“The technical mechanisms and standards provided by PEPP-PT fully protect privacy and leverage the possibilities and features of digital technology to maximize speed and real-time capability of any national pandemic response.”

Hans-Christian Boos, one of the project’s co-initiators — and the founder of an AI company called Arago –discussed the initiative with German newspaper Der Spiegel, telling it: “We collect no location data, no movement profiles, no contact information and no identifiable features of the end devices.”

The newspaper reports PEPP-PT’s approach means apps aligning to this standard would generate only temporary IDs — to avoid individuals being identified. Two or more smartphones running an app that uses the tech and has Bluetooth enabled when they come into proximity would exchange their respective IDs — saving them locally on the device in an encrypted form, according to the report.

Der Spiegel writes that should a user of the app subsequently be diagnosed with coronavirus their doctor would be able to ask them to transfer the contact list to a central server. The doctor would then be able to use the system to warn affected IDs they have had contact with a person who has since been diagnosed with the virus — meaning those at risk individuals could be proactively tested and/or self-isolate.

Mode 1
If a user is not tested or has tested negative, the anonymous proximity history remains encrypted on the user’s phone and cannot be viewed or transmitted by anybody. At any point in time, only the proximity history that could be relevant for virus transmission is saved, and earlier history is continuously deleted.

Mode 2
If the user of phone A has been confirmed to be SARS-CoV-2 positive, the health authorities will contact user A and provide a TAN code to the user that ensures potential malware cannot inject incorrect infection information into the PEPP-PT system. The user uses this TAN code to voluntarily provide information to the national trust service that permits the notification of PEPP-PT apps recorded in the proximity history and hence potentially infected. Since this history contains anonymous identifiers, neither person can be aware of the other’s identity.

Providing further detail of what it envisages as “Country-dependent trust service operation”, it writes: “The anonymous IDs contain encrypted mechanisms to identify the country of each app that uses PEPP-PT. Using that information, anonymous IDs are handled in a country-specific manner.”

While on healthcare processing is suggests: “A process for how to inform and manage exposed contacts can be defined on a country by country basis.”

Among the other features of PEPP-PT’s mechanisms the group lists in its manifesto are:

Having a standardized approach that could be plugged into a variety of apps would allow for contacts tracing to work across borders — i.e. even if different apps are popular in different EU countries — an important consideration for the bloc, which has 27 Member States.

However there may be questions about the robustness of the privacy protection designed into the approach — if, for example, pseudonymized data is centralized on a server that doctors can access there could be a risk of it leaking and being re-identified. And identification of individual device holders would be legally risky.

Europe’s lead data regulator, the EDPS, recently made a point of tweeting to warn an MEP (and former EC digital commissioner) against the legality of applying Singapore-style Bluetooth-powered contacts tracing in the EU — writing: “Please be cautious comparing Singapore examples with European situation. Remember Singapore has a very specific legal regime on identification of device holder.”

A spokesman for the EDPS told us it’s in contact with data protection agencies of the Member States involved in the PEPP-PT project to collect “relevant information”.

“The general principles presented by EDPB on 20 March, and by EDPS on 24 March are still relevant in that context,” the spokesman added — referring to guidance issued by the privacy regulators last month in which they encouraged anonymization and aggregation should Member States want to use mobile location data for monitoring, containing or mitigating the spread of COVID-19. At least in the first instance.

“When it is not possible to only process anonymous data, the ePrivacy Directive enables Member States to introduce legislative measures to safeguard public security (Art. 15),” the EDPB further noted.

“If measures allowing for the processing of non-anonymised location data are introduced, a Member State is obliged to put in place adequate safeguards, such as providing individuals of electronic communication services the right to a judicial remedy.”

We reached out to the HHI with questions about the PEPP-PT project and were referred to Boos — but at the time of writing had been unable to speak to him.

“The PEPP-PT system is being created by a multi-national European team,” the HHI writes in a press release about the effort. “It is an anonymous and privacy-preserving digital contact tracing approach, which is in full compliance with GDPR and can also be used when traveling between countries through an anonymous multi-country exchange mechanism. No personal data, no location, no Mac-Id of any user is stored or transmitted. PEPP-PT is designed to be incorporated in national corona mobile phone apps as a contact tracing functionality and allows for the integration into the processes of national health services. The solution is offered to be shared openly with any country, given the commitment to achieve interoperability so that the anonymous multi-country exchange mechanism remains functional.”

“PEPP-PT’s international team consists of more than 130 members working across more than seven European countries and includes scientists, technologists, and experts from well-known research institutions and companies,” it adds.

“The result of the team’s work will be owned by a non-profit organization so that the technology and standards are available to all. Our priorities are the well being of world citizens today and the development of tools to limit the impact of future pandemics — all while conforming to European norms and standards.”

The PEPP-PT says its technology-focused efforts are being financed through donations. Per its website, it says it’s adopted the WHO standards for such financing — to “avoid any external influence”.

Of course for the effort to be useful it relies on EU citizens voluntarily downloading one of the aligned contacts tracing apps — and carrying their smartphone everywhere they go, with Bluetooth enabled.

Without substantial penetration of regional smartphones it’s questionable how much of an impact this initiative, or any contacts tracing technology, could have. Although if such tech were able to break even some infection chains people might argue it’s not wasted effort.

Notably, there are signs Europeans are willing to contribute to a public healthcare cause by doing their bit digitally — such as a self-reporting COVID-19 tracking app which last week racked up 750,000 downloads in the UK in 24 hours.

But, at the same time, contacts tracing apps are facing scepticism over their ability to contribute to the fight against COVID-19. Not everyone carries a smartphone, nor knows how to download an app, for instance. There’s plenty of people who would fall outside such a digital net.

Meanwhile, while there’s clearly been a big scramble across the region, at both government and grassroots level, to mobilize digital technology for a public health emergency cause there’s arguably greater imperative to direct effort and resources at scaling up coronavirus testing programs — an area where most European countries continue to lag.

Germany — where some of the key backers of the PEPP-PT are from — being the most notable exception.

‘Nothing, Forever,’ an AI ‘Seinfeld’ spoof, is the next ‘Twitch Plays Pokémon’
Ovni Capital is a new French VC firm backing startups with global ambitions
Zopa, the UK neobank, raises $93M more at a $1B+ valuation
Apple execs on M2 chips, winning gamers and when to buy a Mac
Political ads face tougher targeting restrictions in EU if MEPs get their way