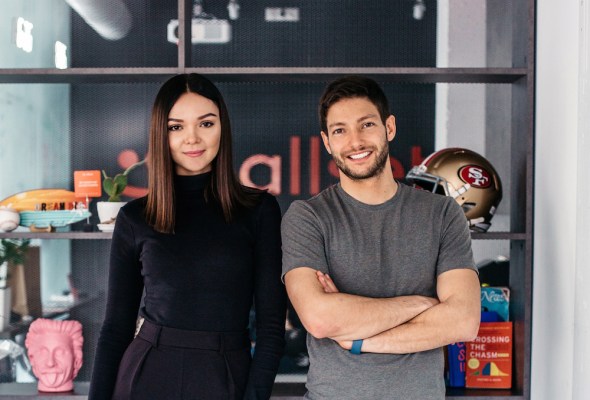 Even though this might seem to be the absolute worst time to try to round up funding for a restaurant-related startup, Allset is announcing that it’s raised an $8.25 million Series B.

It was not, to be clear, an easy process. CEO Stas Matviyenko (who founded the company with COO Anna Polishchuk) admitted that when he set out to fundraise, the goal was actually $12 million. And at one point, it looked like he might even raise more than that — but as he finalized the round in the week before widespread social distancing measures started to take effect around the United States (effectively ending dine-in options in some cities), he said, “A few investors just disappeared.”

Still, Matviyenko said he feels “lucky” to have closed out the round at all. And he pointed to signs that consumers and restaurants are still turning to Allset during the COVID-19 pandemic.

The company started out with a focus on delivering a quick dining experience in restaurants, allowing diners to make a reservation, order ahead and then pay directly through the Allset app. Over time, Matviyenko said, the app also began to offer personalized, healthy recommendations at each restaurant.

At the same time, Allset has added takeout options — and most recently, a feature that allows restaurants to offer contactless takeout, akin to the contactless option offered by many restaurant delivery apps. In fact, Allset is waiving its 12 percent commission fee for restaurants offering this option. (It’s also been promoting usage by offering a daily $4 discount for takeout orders.)

And while Matviyenko said that orders dropped by around 60 percent as social distancing measures went into place, they’ve apparently they’ve bounced back (by 10 percent as Allset signed up new partners — usually in more residential neighborhoods, away from the office-heavy areas where the companies had previously focused. Matviyenko said the startup has added more than 200 new restaurants in the past couple weeks.

He also emphasized the distinction between AllSet and the various delivery apps. He didn’t rule out adding a delivery option to Allset in the future, but since delivery requires such an investment in logistics, he’d likely to do it by partnering with a company already working in this area. Conversely, he suggested that for most delivery apps, takeout is usually an afterthought (assuming they support it at all), while Allset is trying to offer “the best [takeout] experience” possible.

The new round brings Allset’s total funding to $16.6 million. It was led by led by EBRD (the European Bank for Reconstruction and Development), with participation from Andreessen Horowitz, Greycroft, SMRK VC Fund and Inovo Venture Partners.

“The Allset team is building a great product and their effective execution yields strong unit economics with sustainable growth,” said EBRD’s Maria Barsuk in a statement. “We’re excited to partner with them in their next phase, as well as proud to support their efforts in serving local businesses and customers during this unprecedented time for the restaurant industry.”

Review: The 2023 Mac Mini is a serious contender with the M2 Pro
Peacock tops 20M subscribers in Q4 as losses widen
Google created an AI that can generate music from text descriptions, but won’t release it
Apple MacBook Pro 14-inch M2 Max review
Spotify cuts 6% of its workforce, impacting 600 people