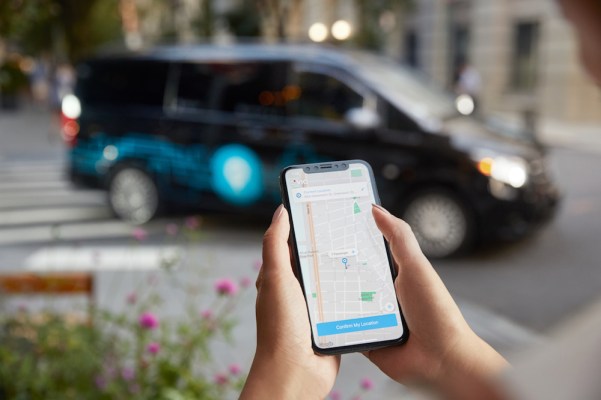 On-demand shuttle startup Via has hit a $2.25 billion valuation following a Series E funding round led by Exor, the Agnelli family holding company that owns stakes in PartnerRe, Ferrari and Fiat Chrysler Automobiles.

The Series E funding round, which included other investors, totaled $400 million, according to a source familiar with the deal. Exor invested $200 million into Via as part of the round, both companies said in an announcement. Noam Ohana, who heads up Exor Seeds, the holding company’s early-stage investment arm, will join Via’s board.

Via, which employs about 700 people, plans to use most of these funds to expand its “partnerships,” the software services piece of its business. Via has two sides to its business. The company operates consumer-facing shuttles in Chicago, Washington, D.C. and New York. But the core of its business is really its underlying software platform, which it sells to cities and transportation authorities to deploy their own shuttles.

When the company first launched in 2012, there was little interest from cities in the software platform, according to co-founder and CEO Daniel Ramot . The company started by focusing on its consumer-facing shuttles. Over time, and using the massive amounts of data it collected through these services, Via improved its dynamic, on-demand routing algorithm, which uses real-time data to route shuttles to where they’re needed most.

Via landed its first city partnership with Austin in late 2017, after providing the platform to the transit authority for free. It was enough to allow Via to develop case studies and convince other cities to buy into the service. In 2019, the partnerships side of the business “took off,” Ramot said in a recent interview, adding that the company was signing on two to three cities a week before the COVID-19 pandemic.

Today, the Via platform is used by more than 100 partners, including cities such as Los Angeles and Cupertino, Calif., and Arriva Bus UK, a Deutsche Bahn company that uses it for a first and last-mile service connecting commuters to a high-speed train station in Kent, U.K.

Raising funds in a pandemic

Via managed to close the funding round during an inauspicious time for startups that have found it increasingly difficult to lock in capital due to the COVID-19 pandemic. COVID-19, a disease caused by the coronavirus, has upended markets, along with every industrial and business sector, from manufacturing and transportation to energy and real estate.

Via managed to raise a sizable fund, which just closed, despite the credit tightening and uncertainty. Ramot told TechCrunch that while he was worried the round might be delayed, he noted that Exor is a long-term and patient investor that shares the company’s “same vision of where transit is going.”

Even now, as nearly every category within transportation — including public transit, ride-hailing, shared micromobility and airlines — has seen ridership drop or dry up altogether, Ramot and Ohana see a promising future.

Ohana said that the market is starting to understand the limits of ride-hailing — hurdles such as poor unit economics and an uncertain path to profitability. “On the other hand, the size of the market for an on-demand dynamic shuttle service is large and underappreciated,” Ohana said. “When we look at public transit today, there is a significant opportunity for Via, which already has impressive experience working with municipal and public transit partners across the globe.”

That doesn’t mean Via is immune to the widespread tumult caused by the COVID-19 pandemic. Via’s consumer business has been negatively affected as ridership has dropped due to the spreading disease.

However, there has been some promise with its partnerships business, Ramot said.

Existing partners, a list that includes transit authorities in Berlin, Germany, Ohio and Malta, have worked with Via to convert or adapt the software to meet new needs during the pandemic. A city might dedicate its shuttle service to transporting goods or essential personnel. For instance, Berlin converted its 120-shuttle fleet transport to an overnight service that provides free transit to healthcare workers traveling to and from work.

“There has been a real interest in emergency services,” Ramot said, adding he expects to see more demand for the software platform and the flexibility it provides as the pandemic unfolds.

Germany is looking into PayPal’s terms for merchants
Qiara is a new home security service for the French market
What’s going on in the Dutch startup scene?
Netflix teams up with Bumble so users can bond over popular TV shows
Madrid selects Dott, Lime and Tier for scooter licenses