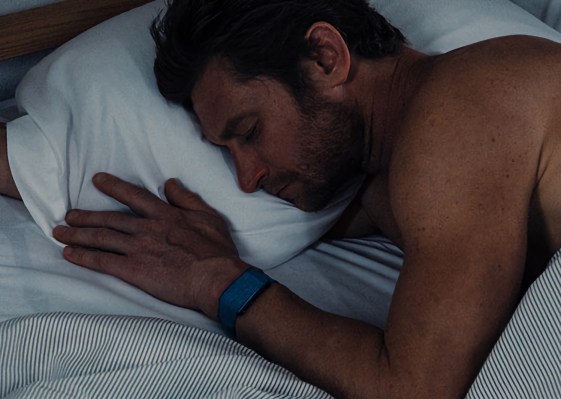 It’s highly unlikely that the current coronavirus crisis will neatly and fully “solved” by any one endeavor or solution, which makes news studies like one involving startup WHOOP’s wrist-worn fitness and health tracking wearable all the more important. The study, conducted by the Central Queensland University Australia (CQUniversity), in partnership with the Cleveland Clinic, will employ data collected WHOOP’s hardware with hundreds of volunteers who have self-identified as having contracted COVID-19 to study changes in their respiratory behavior over time.

The data to be used for this study has been collected from WHOOP’s 3.0 hardware, which has also recently been validated by a University of Arizona external study conducted specifically to determine the accuracy of its measurement of respiratory rates during sleep, which the device uses to provide quality of sleep scores to its users. That study showed it to be among the most accurate measurement tools for respiratory rate short of invasive procedures, which is what has led researchers behind this new study to hypothesize that it could be valuable as a sort of early-warning system for detecting signs of abnormal respiratory behavior in COVID-19 patients before those symptoms are detectable by other means.

The WHOOP team says that the respiratory rate its hardware reports very rarely deviates from an established individual baseline, and that when it does so, it’s usually due to either one of two causes: environmental factors, like unusually high temperatures or significant differences in oxygen concentration, or something happening within the body, like a lower-respiratory tract infection.

COVID-19 is specifically a lower-respiratory tract infection, unlike the flue or the cold, which are upper-respiratory issues. That means there’s a strong correlation between rate changes due to lower-respiratory tract issues not accounted by environmental problems (which are relatively easy to cancel out) and instances of COVID-19. And since the WHOOP wearable is designed to look for deviations as a sign of distress, among the other sings it monitors, it could notice changes to respiratory rates relative to baselines before an individual becomes aware of any significant shortness of breath themselves.

This is a study, so at this point that’s just a hypothesis, and will need to be backed up by data. The team behind it says it should take around six weeks, and there are an “initial several hundred self-reported COVID-19 cases” already present in the app from which it will begin, with a target of enrolling at least 500 individuals with positive COVID-19 test results. There are also other investigations underway to see if wearables that monitor a user’s health and fitness can provide early warning systems for potential COVID-19 cases, including a study being conducted by UCSF using the Oura Ring.

Unlike with previous pandemics, the current coronavirus crisis comes at a time when we’re increasingly used to taking data-driven approaches to solving challenges, and when we also have a lot of self-quantifying health devices in circulation. Those could help us get a better grip on assessing the spread, as well as trends related to how it circulates and ebbs/grows within a population.