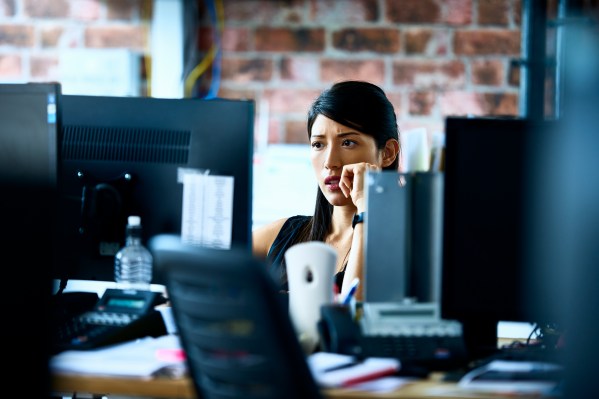 The technology that runs our companies these days is staggering in its complexity. We have moved from a monolith to a microservices world, from boxes to SaaS, and while that has added agility to the enterprise, it has come at the cost of a metric f-ton of services and software platforms required by every team in the building.

CIOs need a place to commiserate — and get better recommendations on what tech works well and what should be placed in the proverbial recycle bin. Meanwhile, salespeople and investors want to hear these decision-makers’ views on emerging products to identify rich veins to invest in.

At the core of Pulse is a community of vetted CIOs and other tech procurers, currently numbering more than 15,000. On top of this core group of users, Pulse has built a series of products to help exploit their collective wisdom, including several new products the company is announcing today.

In addition to new product launches, the company is announcing a $6.5 million Series A round from AV8 Ventures, which is exclusively backed by mega-insurer Allianz Group and launched last year with a debut $170 million fund. This round closed in December according to the company, and brings the startup’s total funding to $10.5 million.

Pulse’s existing product offerings assist product marketers and investment researchers who want to get a “pulse” on the marketplace for tech products by polling CIOs and testing out language around new features and initiatives.

“As an example, Microsoft will come to us and say, ‘Hey, we want to test our messaging and positioning before we sort of blow it up as a campaign. We’d like to do that very quickly through your community.’ And then we facilitate that through a series of questions through surveys and get back the insights to them very quickly,” co-founder and CEO Mayank Mehta explained.

“We think about this as truly becoming a Bloomberg terminal for marketers and investors,” he said. Researchers “can use this as a great way to get a real-time pulse on their buyers and understand how the market is moving, so they can make appropriate investments and ship strategies in real time.”

He said that the company worked with 50 customers last year and delivered some 150 reports. As for the CIOs themselves, “The community is open so long as you are a director level or above,” Mehta said.

In addition to this product for investors and market researchers, the company is also announcing the launch of Product IQ today, which takes the needs of a particular CIO user into account to offer them “personalized” product recommendations for their companies. Those recommendations are surfaced from the continuous data that CIOs are adding into the system through polls and opinion surveys.

“We’re trying to imagine and rethink how decision-making is done for technology executives, especially in a world like this where teams are changing so dramatically,” Mehta said.

Crowdsourced research platforms in the tech industry have become a popular area for VC investment in recent years. StackShare, which raised $5.2 million from e.Ventures, has focused on helping engineers learn from other engineers about the tech they have chosen for their infrastructure. Meanwhile, startups like Wonder and NewtonX, which raised $12 million from Two Sigma Ventures, have focused less on technical solutions and instead answer business questions such as market sizing or competitive landscape.

Pulse was founded in 2017 and is based in San Francisco, and previously raised a seed from True Ventures according to Crunchbase.

TikTok introduces a strike system for violations, tests a feature to ‘refresh’ the For You feed
Neko, Daniel Ek’s next play, is another spin on preventative healthcare
Samsung has the MacBook Pro in its sights with the $2,400 Galaxy Book 3 Ultra
Political ads face tougher targeting restrictions in EU if MEPs get their way
$500M in, GV gears up for more deals in Europe with a new partner in London, Luna Dai Schmid