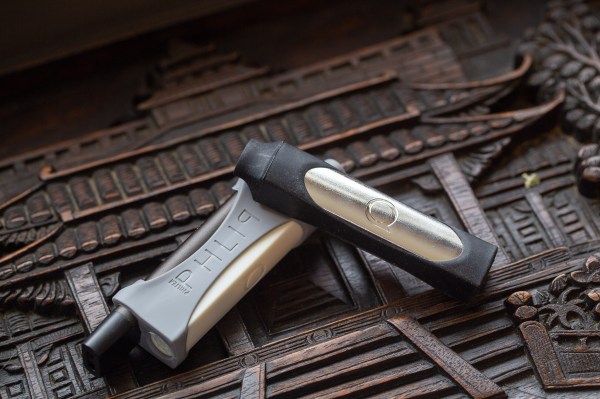 Philter Labs aims to reduce the stigma associated with vaping tobacco and cannabis. The company’s product is simple enough: it’s a portable filter that, to my surprise, eliminates nearly all secondhand smoke and vapor.

The company today is announcing an additional $1 million in funding from a private equity firm that invests in the cannabis industry. This round brings the San Diego-based company’s total funding to $3 million had previously raised from Bravos Capital and Explorer Equity Group.

“PHILTER’s mission is to empower responsible adults with the choice to keep the air clean for those around them by filtering their emissions while still protecting a person’s right to vape,” said Philter Labs CEO Christos Nicolaidis. “This new funding allows us to continue to leverage science and our patented technology to eliminate secondhand smoke, reduce waste, and live out our mission to help lead a cultural shift for cleaner air and a better environment.”

The product works as advertised. Take a drag on a vape or joint or cigarette and exhale through the filter. The little filter then grabs all the particulate and, I guess, stores the bad stuff, leaving very little exiting the other side of the filter. Even the most considerable clouds of vapor disappear.

I tried both of the company’s current products, the Phlip ($30) and Pocket ($15). Both use the same filter. The difference is use. The Phlip is designed to put a filter alongside a vape pen. A silicon band ties the filter to most small vapes — it works fine with my Pax Era. This way, with the Phlip, the idea is a person inhales from one end and exhales through the other.

Does it eliminate all the smell and vapor? No, not totally, but the device makes a dramatic reduction.

There are similar products on the market. Smoke Buddy is a longtime favorite of mine, and these work in a similar fashion but have a more pocketable design. I’m more likely to carry this filter because it fits in a pocket without an issue.

There are no buttons to press or batteries to charge. The device is passive, and Philter Labs says each filter will last about 200 exhales. The company has filed half a dozen patents with three recently being approved for upcoming products.

Our Mission is to inspire a change in the habits that are already out there,” John Grimm, Co-inventor and CTO said. “We want to reduce emissions, not only to society but to the environment, and change smoking and vaping.”

Grimm explained that it’s more than reducing the harm. To him, it’s also about reducing the stigma that’s associated with smoking and vaping.

The system uses a propriety filtering process that breaks down the emissions at a molecular level through a five-step filtration process. The company says its technology captures and dissolves the particulates, pollutants, and VOCs, which results in clean air exiting the filter.

I asked Grimm if the company has published a white paper on their findings. They have not, though, he pointed out that Philter Labs founded a scientific advisory board (SSAB) that includes toxicologists formally from big tobacco, along with former executives from Dosist, Curaleaf, and Juul.