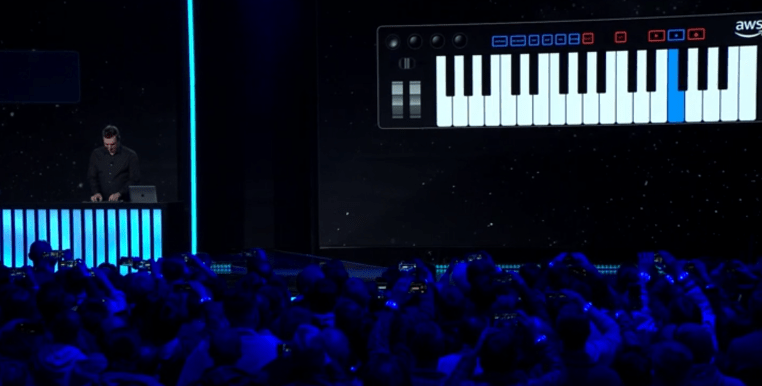 First announced at AWS re:Invent 2019, the keyboard created a bit of confusion, in part because Amazon’s announcement almost made it seem like a consumer product. DeepComposer, which also works without the actual hardware keyboard, is more of a learning tool, though, and belongs to the same family of AWS hardware like DeepLens and DeepRacer. It’s meant to teach developers about generative adversarial networks, just like DeepLens and DeepRacer also focus on specific machine learning technologies.

Users play a short melody, either using the hardware keyboard or an on-screen one, and the service then automatically generates a backing track based on your choice of musical style. The results I heard at re:Invent last year were a bit uneven (or worse), but that may have improved by now. But this isn’t a tool for creating the next Top 40 song. It’s simply a learning tool. I’m not sure you need the keyboard to get that learning experience out of it, but if you do, you can now head over to Amazon and buy it.