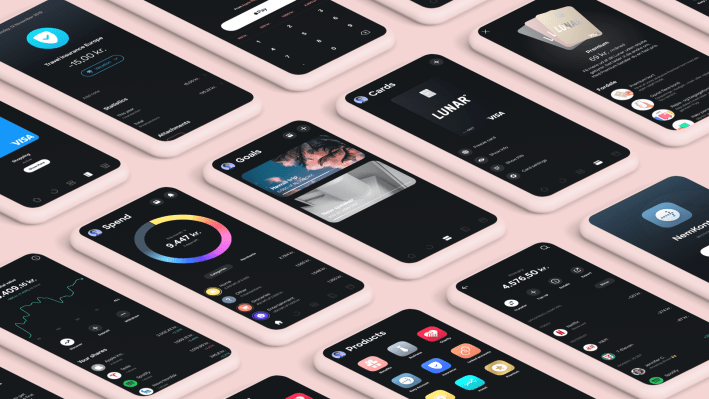 Lunar, the Nordic challenger bank that started out life as a personal finance manager app (PFM) but since acquired a full banking license last year, has extended it Series B round with an additional €20 million in funding. It brings the Series B total to €46 million, having disclosed €26 million in August last year.

The Series B extension is led by Seed Capital, with participation from Greyhound, Socii, and Augustinus. In addition, I’m told that David Helgason, founder of Unity Technologies, has joined the round.

The mobile-only bank is also announcing that Ole Mahrt, Monzo’s former head of product from 2015-2019, is joining the company’s board of directors. The other non-executive board seats are held by Henning Kruse Pedersen, former CEO of Nykredit, Tuva Palm, former CTO at Nordnet Bank and Director at Klarna, Gary Bramall, CMO of Zoopla, and Lars Andersen, general partner at Seed Capital.

Having acquired a banking license, Lunar launched its new bank in March, which it says it built from scratch. Accounts are offered for free, alongside a subscription-based service Lunar Premium. In the coming months, the challenger bank says it plans to launch other new financial products including credit facilities, loans and “sustainability driven services,” in a bit to become a fully-fledged alternative to incumbent banks in the Nordics.

“We are pleased to extend our latest funding round and bolster Lunar’s pan-Nordic play,” says Ken Villum Klausen, founder and CEO of Lunar. “We have a vertical strategy focusing only on the Nordics, allowing us to go deep into the defensive banking infrastructure”.

Meanwhile, Lunar claims more than 150,000 users in the Nordics. The bank has offices in Aarhus, Copenhagen, Stockholm and Oslo, and currently has just over 120 employees.