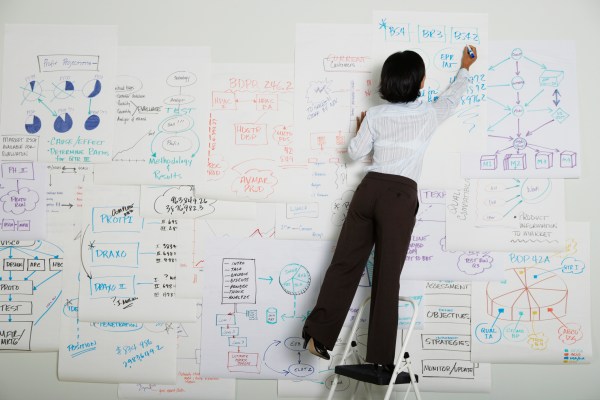 When you look at the most successful companies in the world, they are almost never just one simple service. Instead, they offer a platform with a range of services and an ability to connect to it to allow external partners and developers to extend the base functionality that the company provides.

Aspiring to be a platform and actually succeeding at building one are not the same. While every startup probably sees themselves as becoming a platform play eventually, the fact is it’s hard to build one. But if you can succeed and your set of services become an integral part of a given business workflow, your company could become bigger and more successful than even the most optimistic founder ever imagined.

Look at the biggest tech companies in the world, from Microsoft to Oracle to Facebook to Google and Amazon. All of them offer a rich complex platform of services. All of them provide a way for third parties to plug in and take advantage of them in some way, even if it’s by using the company’s sheer popularity to advertise.

Michael A. Cusumano, David B. Yoffie and Annabelle Gawer, who wrote the book The Business of Platforms, wrote an article recently in MIT Sloan Review on The Future of Platforms, saying that simply becoming a platform doesn’t guarantee success for a startup.

“Because, like all companies, platforms must ultimately perform better than their competitors. In addition, to survive long-term, platforms must also be politically and socially viable, or they risk being crushed by government regulation or social opposition, as well as potentially massive debt obligations,” they wrote.

In other words, it’s not cheap or easy to build a successful platform, but the rewards are vast. As Cusumano, Yoffie and Gawer point out their studies have found, “…Platform companies achieved their sales with half the number of employees [of successful non-platform companies]. Moreover, platform companies were twice as profitable, were growing twice as fast, and were more than twice as valuable as their conventional counterparts.”

From an enterprise perspective, look at a company like Salesforce . The company learned long ago that it couldn’t possibly build every permutation of customer requirements with a relatively small team of engineers (especially early on), so it started to build hooks into the platform it had built to allow customers and consultants to customize it to meet the needs of individual organizations.

Eventually Salesforce built APIs, then it built a whole set of development tools, and built a marketplace to share these add-ons. Some startups like FinancialForce, Vlocity and Veeva have built whole companies on top of Salesforce.

Rory O’Driscoll, a partner at Scale Venture Partners, speaking at a venture capitalist panel at BoxWorks in 2014, said that many startups aspire to be platforms, but it’s harder than it looks. “You don’t make a platform. Third-party developers only engage when you achieve a critical mass of users. You have to do something else and then become a platform. You don’t come fully formed as a platform,” he said at the time.

If you’re thinking, how you could possibly start a company like that in the middle of a massive economic crisis, consider that Microsoft launched in 1975 in the middle of recession. Google and Salesforce both launched in the late 1990s, just ahead of the dot-com crash, and Facebook launched in 2004, four years before the massive downturn in 2008. All went on to become tremendously successful companies

That success often requires massive spending and sales and marketing burn, but when it works, the rewards are enormous. Just don’t expect that it’s an easy path to success.

Germany is looking into PayPal’s terms for merchants
European banks struggle with AI, while US banks lead the field, according to a new index
Peacock tops 20M subscribers in Q4 as losses widen
HBO’s ‘Succession’ Season 4 premieres on March 26
BMW iVentures continues its love affair with EVs, backing this Bulgarian startup’s $13M A-round